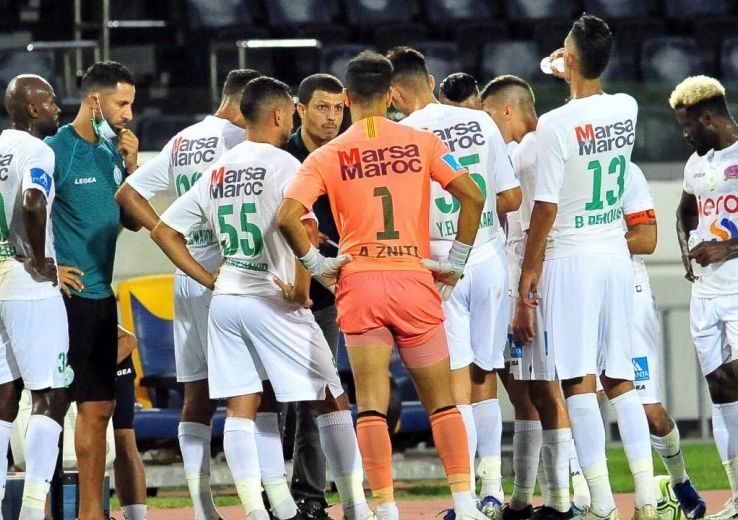 Morocco’s health ministry Tuesday ordered Casablanca-based popular football club Raja to go into self-isolation ahead of its away Confederation of African Football CAF Champions League tie in Egypt against Cairo-based Zamalek after the side reported nine cases of coronavirus.
The ministry, Le360.ma reports, has sent a correspondence to the club after nine players of the starting team have been quarantined for contracting the virus.
The media notes that the quarantine will last one week and the team will take a PCR test on October 27. With the decision, the second leg of the match scheduled for October 24 will not come off again.
Raja lost their home match to the Egyptian side, 0-1. The club reportedly asked CAF to postpone the second leg in Cairo.
However, Al Ahdath Al Maghribia notes that, the request is likely to be rejected. The African football body has already turned similar requests made by Agadir’s Hassania after seven its players contracted the virus ahead of the second leg match with Renaissance de Berkane (RB) as part of the semi-finales of the CAF Confederation Cup. RB won the first match 2-1.
CAF also disappointed Guinea’s Horoya Conakry as it also dismissed the postponement proposal of the team after 12 of its players tested positive for the virus ahead of the second leg match in the second semi-final of CAF Confederation Cup, opposing it to Pyramids FC.
CAF, Le360.ma notes, has refused all requests of match postponement due to the pandemic as it wishes to stick to its plans: CAF Confederation Cup final on October 27 and Champions League final on November 06.

North Africa Post's news desk is composed of journalists and editors, who are constantly working to provide new and accurate stories to NAP readers.
NEWER POSTSahara: UN Chief Renews Its Call on Polisario & Its Militia to Withdraw from Guerguerat
OLDER POSTGuinea Bissau mulls plans to open mission in Moroccan Sahara