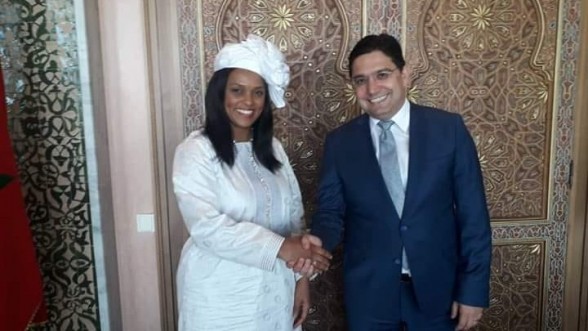 Guinea-Bissau is planning to inaugurate a consulate in Moroccan Sahara, Le360.ma reports citing sources.
The sources did not elaborate on the date but the move will bolster the international support for the kingdom’s sovereignty over the disputed territory and its political settlement plan submitted to the United Nations.
Algeria has been backing the separatist movement Front Polisario opposed to Rabat on the control of the territory that the North African countries considers its southern province.
The decision to open the consulate comes as the West African country’s top diplomat Suzi Carla Barbosa is visiting the kingdom to deepen the bilateral cooperation between the two countries, discuss African issues and Morocco’s territorial integrity.
The future mission, Le360.ma notes, will be built either in Dakhla or in Laâyoune, the capital.
10 countries, from Africa, have so far opened diplomatic missions in the province. They include Liberia, Cote d’Ivoire, The Gambia, Gabon and Burundi.