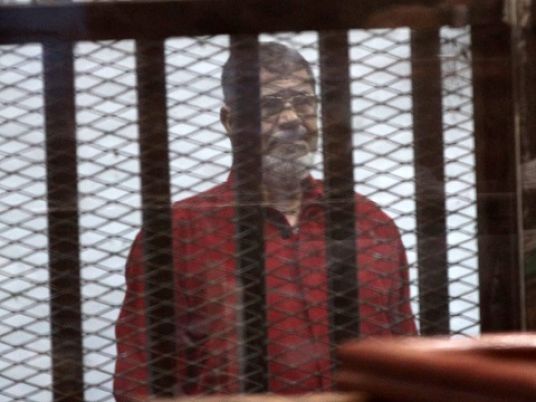 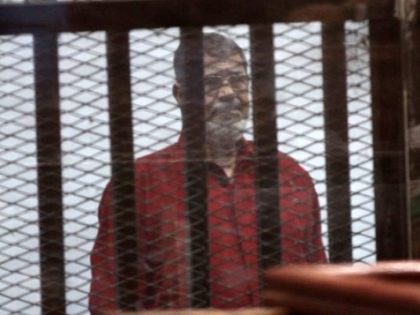 Egypt and Qatar Saturday exchanged blazing words after former Egyptian President Mohamed Morsi was handed life sentence on espionage charges.
Qatar rejected Egypt’s highest criminal court Saturday ruling which handed ousted Morsi life in prison sentence for leaking state secrets to Doha.
Qatar foreign ministry spokesperson Ahmed al Romeihy lambasted the court decision, which he said was baseless, reports say.
“Though it is not final, the verdict is unfounded, goes against truth and contains misleading claims which are contrary to the policy of the State of Qatar towards all sister countries, including Egypt,” Romeihy said.
Ten other people including two aides of Morsi were condemned for the same charges and two Qatar-based Al-Jazeera journalists were sentenced in absentia to life in prison in
Egypt has accused the Qatar state-funded media of supporting the outlawed Muslim Brotherhood organization.
“The charge of espionage for Qatar against a former president and media men is surprising and unacceptable,”Romeihy added.
Romeihy also accused Cairo of trying to severe ties between the two countries, underscoring that “Qatar is at the top of the list of countries that have supported the Egyptian people since the January 25 revolution.”
Egypt’s foreign ministry spokesperson Ahmed Abu Zaid said Cairo is not surprised by Qatar’s reaction as it comes from a country, which has strived to use media to distort the image of Egypt.
Zaid rejected Doha’s criticism of the Egyptian judiciary, which, he said, has always showed its professionalism and integrity.
“The relations and ties that bind Qatari and Egyptian societies will remain solid and Egypt will remain a faithful neighbor that cares for the interests of all the Middle East, never interferes in the internal affairs of other countries, and maintains the security and integrity of the nation,” Zaid said.
Morsi, ousted in 2013 by current president al-Sisihas been handed other prison sentences including life in prison for facilitating a mass prison break of Islamists. He has also been sentenced to life in prison for leaking state secrets to the Palestinian Gaza-based Hamas movement.