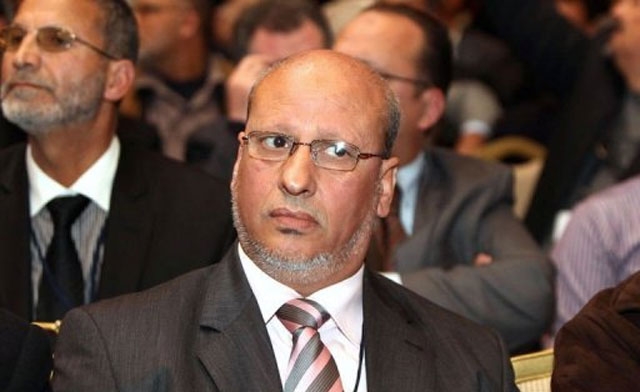 Despite the uncertainty over those behind the kidnapping of Prime Minister Zeidan, the head of Libya’s Muslim Brotherhood said that the kidnapping could be justified by the Prime Minister’s actions and ought him to resign from power. Zeidan has stated that political parties played a role in what he called a failed coup d’état.
Speaking to reporters, Mohammed Sawan, the leader of Justice and Construction party claimed that the mismanagement of the Zeidan led government could have led to the “irresponsible actions” which took place on Thursday. Certain Islamist parties have had a feud with the Prime Minister in the parliament over corruption, dilapidation of public funds and failure to restore security in the country.
Zeidan alleged that Islamist politicians were behind his kidnapping and failed coup attempt. He added that the militias were sent to “terrorize” his government and lead the country into violent chaos.  Although he failed to name names of those behind the plot, he made accusations towards a militia group far from the Interior Ministry’s influence, Libyan Revolutionaries Operation Room. The group has denied taking part in the kidnapping that it labeled as an “arrest.”
However, Zeidan could soon be on his way out of office as Sawan revealed that the General National Congress is “seriously searching for an alternative” to replace him. He said the Prime Minister failed in his mission. The government has not officially responded to Sawan’s statements.
Sawan lamented the arrest of Al-Liby by US Special Forces on Libyan territory which has been heavily associated with the kidnapping. He said the act was “a blatant violation to the national sovereignty” which has “caused big problems and grave repercussions.” The government denies any knowledge or involvement in the capture of Al-Liby.