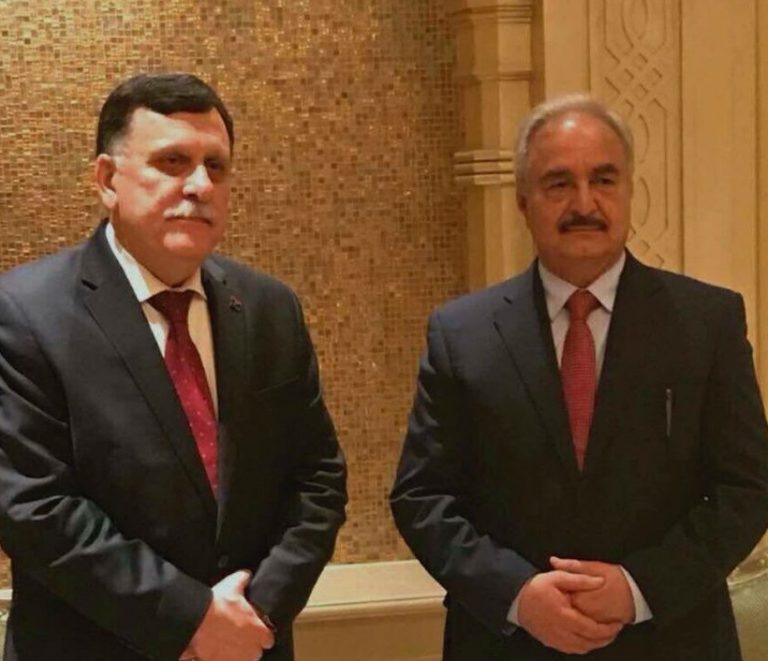 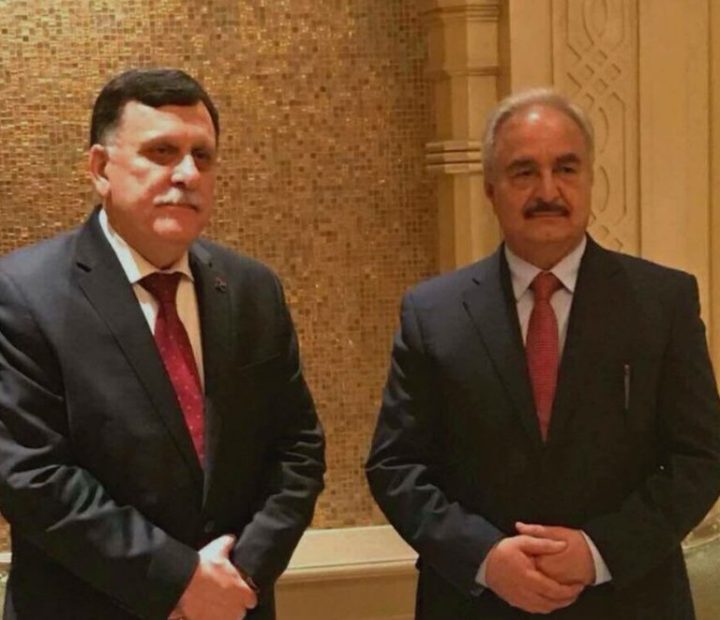 Libyan Prime Minister and his rival Field Marshal Khalifa Haftar held an in-camera meeting in Abu Dhabi, United Arab Emirates, Tuesday, under the auspices of the international community and the Arab world.
This is the second meeting between the two men since Serraj was nominated in December 2015. The two opponents met in January last year in Haftar’s military base of Marj.
Haftar, according to reports, finally accepted to meet Serraj after he underwent pressure from Abu Dhabi, Cairo and Moscow known as his major backers.
A meeting between the Head of the Presidency Council (PC) and the east-based army commander planned by Cairo in February did not happen after Haftar refused to meet Serraj in the absence of his political supporter, the Head of the House of Representatives (HoR), Aguila Saleh Issa.
The Libyan Political Accord (LPA) signed in Morocco in December 2015 has been stuttering over Haftar’s role in the future Libyan administration. Per the accord, Haftar will remain under PC authority but the Libyan army chief rejected the accord arguing that it imposes foreign agenda to Libyans.
Both parties made no statement following the Tuesday meeting.