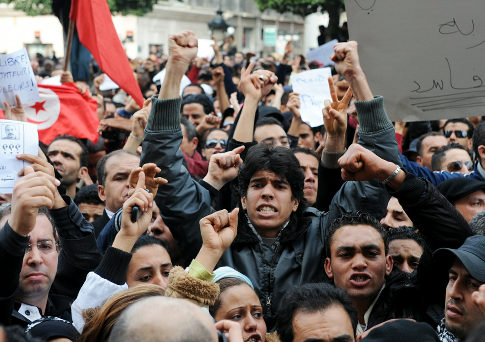 The stepping down of the Tunisian government could take longer than expected as the government and opposition parties make different statements. Prime Minister Larayedh stated that four conditions will determine the departure of the government while the opposition alliance prepares nationwide protests against the government next week. On 5th October, the two parties signed an agreement to replace the government in less than a month.
Larayedh told Tunisians in a televised interview that Ennahda will only leave power if Tunisia’s drafted constitution is ratified, the electoral commission reformed, new election laws in place, and a fixed date for the parliamentary and presidential elections.
The opposition alliance has accused the government of delaying the negotiations and determined to stay in power. It is urging Tunisians “in all regions, especially the capital” to take part in a “massive demonstration on October 23 to demand the appointment of a competent government”.
The Prime Minister said the conditions it has set will ease the transition of power because the country “cannot handle the resignation of the government for long”. He said there is “no definitive time yet” for their resignation in contradiction to the three-week limit agreement. Ennahda wants the national dialogue to begin first before they can start considering the conditions of the agreement.
The opposition parties are insisting that the national dialogue should begin on Saturday as preparatory meetings continue. Political tensions between the secular opposition parties and the government began in July and were calmed by the signing of the agreement.
In a reply to the opposition demands, the Larayedh said applying “the roadmap to the letter” is “not possible” because there “it does not set out a clear agenda for future developments.”
Tensions could rise once again in Tunisia after the Prime Minister’s statements.