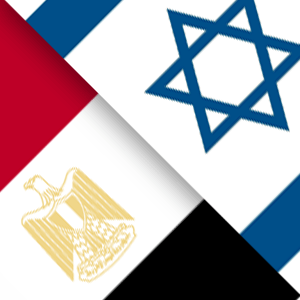 Israel has shown concerns about United States announcement to suspend some of its aid to Egypt unless it is satisfied with its democratic efforts could jeopardize the long standing peace treaty. Israel and Egypt signed a peace treaty in 1979 to end hostilities against each other and the US aid has been fundamental in maintain its longevity.  Egypt criticized the decision.
Prime Minister Netanyahu hasn’t release a statement but his minister of Civil Defense, Gilad Erdan, said they are “disturbed” by the decision despite their good relations with Cairo. Israel is the main ally of the US in the region. Erdan hopes that the decision “won’t be interpreted as something that should have an effect” on the 1979 peace treaty.
Former Israeli ambassador to Egypt, Eli Shaked, fears that there will be reprisals. He thinks that “anger” could affect their bilateral relations “badly” without minimizing a move by the North African country to “punish Israel along with the U.S.” Egypt boasts of being the Arab world’s most populated country.
Amos Yadlin, a former head of Israel’s military intelligence, said Israel is not under threat because the treaty is “a very deep Egyptian interest” which doesn’t depend on the US aid.
A concerned Israeli official under the condition of anonymity said they remain “supportive” of the interim government withstanding possibilities that the population could “put pressure on its government to throw away the treaty.”
Former Israeli Defense Minister Binyamin Ben-Eliezer said the region is “so weak” and needs a “superpower” to assure stability. He believes that the cutting of aid by the US could oblige Egypt and its Arab allies to turn to Russia. Saudi Arabia has been unpleased with the handling of Egypt and Syria by Washington.