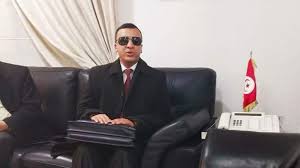 Walid Zidi, 34, will be in charge of the culture portfolio in Mechichi’s 25-minister lineup waiting to be confirmed by the parliament.

Zidi is also the first ever blind Tunisian to land a doctorate degree. He graduated last year from Manouba university, in Arabic language and linguistics.

Mechichi, former Interior minister, was assigned late last month by President Kais Saied to form a government after Prime Minister Elyes Fakhfakh resigned from the post over allegations of a conflict of interest.