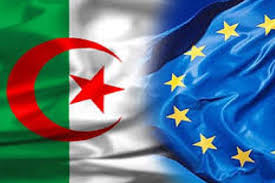 The long awaited Free Trade Agreement (FTA) between Algeria and the European Union, expected to enter into force Sept.1, risks to be botched up as Algerian political leaders, businessmen and economists continue to criticize the deal as imbalanced, warning it will undermine the country’s economic sovereignty.

Despite years of preparations, the free trade deal is hitting a snag and will be likely put on hold as more and more Algerians are pressing for a renegotiation of the package for better terms.

Bowing to public pressure, the Algerian President called on trade minister Kamel Rezig to review the FTA deal with the EU, stressing that the future accord must be balanced. This shows the challenging obstacles looming over the implementation of such an accord.

The North African country imported €240 billion in goods from the EU between 2005 and 2017, while exports, mainly of petroleum-based products, only reached €10 billion.

According to latest World Bank outlook, Algeria is facing a combined shock from halving oil prices, a public health crisis and the consequences of global economic disruptions following the covid-19 outbreak.

Algeria GDP is expected to shrink by 3 pc, because of contracting private consumption and investment, as well as falling public investment, which represents 44 pc of total investment, adds the World Bank in its forecast.