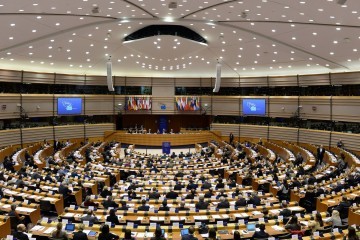 Members of the European parliament’s Foreign Affairs committee have stated that Tunisia’s transitional period needs support and stronger cooperation with the European Union.

The MEPs underlined the need “to support the democratic consolidation and promote economic development” in a plan, that the Tunisian state-owned media called a “Marshall Plan” in reference to the post world war II economic plan crafted for Europe by the United States.

The European call, which cited the negative effects of the regional context on Tunisia, coincided with the Tunisian central bank warning against the effects of the Libyan war on the country’s economy.

Finance minister Slim Chaker said the effects of the war during the past three years cannot be ignored as he called for a political solution to end the conflict.

The MEPs also called for a stronger strategic dialogue between the EU and the North African country in fighting terrorism and for the establishment of a joint parliamentary committee to be tasked with boosting dialogue on matters of shared interests.

Although Tunisia has received a lot of aid, grants and loans from the EU, the parliamentary committee urged the European body to convert the debts into investment projects.