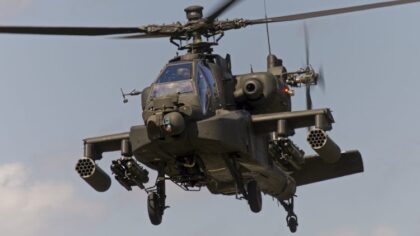 US Boeing Company has said that the 24 AH-64E Apache helicopters, ordered by Morocco, will be delivered to the Royal Air Forces in 2024.

“We are proud to provide this best-in-class capability to Morocco”, said on Thursday Jeff Shockey, vice president of Boeing Defense in a press release.

In 2019, US State Department approved the sale of 36 of these attack helicopters to Morocco for $4.2 billion. According to the Pentagon, the deal will strengthen the capacities of the Royal armed forces, one of the major US allies in the region.

Boeing’s partnership with Morocco spans decades. In 2016, the company signed a Memorandum of Understanding with Morocco to create an ecosystem of aircraft equipment suppliers.

The AH-64E Apache is the latest configuration of the attack helicopter. It is designed and equipped with an open systems architecture including the latest communications, navigation, sensor and weapon systems.

Morocco’s military budget slightly increased from $3.2 billion in 2012 to $3.5 billion in 2018, according to the Stockholm International Peace Research Institute (SIPRI).