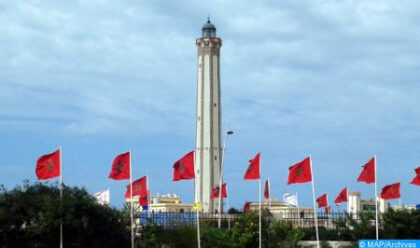 The development projects carried out in the Moroccan Sahara are conform to international law and respond to an economic logic that ultimately benefits the local population, said Congolese University Professor Dr Firmin C.Kinzounza, underlining Morocco’s undeniable role in the Sahara as the “first investor, first employer, and first contributor to the region GDP”.

The International Consultant and Member of the Group of Ten African Experts in Charge of Revitalizing the African Union Recruitment and Selection System made the remarks during his participation Thursday in the 11th episode of “The Sahara Debate,” an online talk show that aims to shed light on the territorial dispute.

The international consultant said Morocco’s development of natural resources in the Sahara, such as phosphates, is primarily based on the interests of the region’s inhabitants. The approach is in accordance with the UN International Covenant on Economic, Social and Cultural Rights and the UN General Assembly’s Declaration on the Right to Development, he said, referring to the UN Legal Counsel of February 12, 2002.

The UN Security Council requested in 2002 the under-secretary-general for legal affairs’ opinion on “the legality … of actions allegedly taken by the Moroccan authorities consisting in the offering and signing of contracts with foreign companies for the exploration of mineral resources in Western Sahara.”

In response, the legal counsel affirmed that Morocco’s development of natural resources in the Sahara complies with international law if it is done for the benefit of the region’s inhabitants, on their behalf or in consultation with their representatives.

“It is this approach that the Kingdom of Morocco follows in its policy of valuing the natural resources of the Moroccan Sahara,” said the Congolese academic, stressing that the principle of people’s consent has resulted in the high participation rates in the Moroccan Sahara elections that reached 79% in 2015 and 76% in 2016.

The expert then stressed “the preponderant share of Morocco’s budget in the financing of development projects in the Moroccan Sahara,” recalling that King Mohammed VI had said in a speech on November 6, 2014, that “For every single dirham of revenue from the Sahara, the state invests seven dirhams there.”

Besides, he went on to say, the 2015 development model for the southern provinces is grounded in the principle of local participation in development policies, plans, and projects.

This model, he said, is based on strengthening the economic and social rights of the region’s population. The model has ushered in the implementation of major financing projects in the fields of health, infrastructure, training, industry, agriculture, renewable energy, and sea fishing, he added.

Kinzounza concluded by saying that Morocco’s role as the Sahara’s “first investor, first employer, and first contributor to the region GDP is undeniable.”