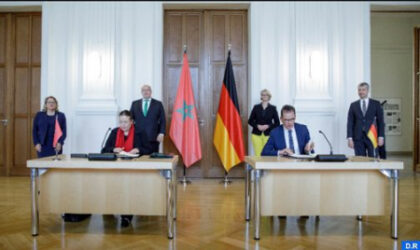 Morocco looks forward to deploying the cost competitive green hydrogen in its energy mix with the help of Germany.

A cooperation agreement was inked Wednesday in Berlin in this regard by Moroccan ambassador to Germany Zohour Alaoui and German Development minister Gerd Müller.

Under the agreement, Germany pledges to share its know-how with Morocco to develop green hydrogen and carry out research & investment projects on this clean energy touted as an alternative to fossil fuels and key to grid and transport decarbonization.

The agreement will enable the Moroccan Solar Energy Agency (MASEN) to carry out “Power-to-X” project for the production of green hydrogen, set a research platform on this clean energy source and help Moroccan experts acquire this green technology.

Ambassador Zohour Alaoui stressed the importance of the agreement, which could lead to the first hydrogen plant in Africa, and praised Moroccan-German strong commitment to boosting renewable energy and sustainable economic development.

For his part, Mr. Gerd Müller said this agreement will enhance further Morocco’s renewable energies and support the country’s green economy, becoming a model in Africa.

Hydrogen can also replace natural gas as a green alternative for heating and cooking.