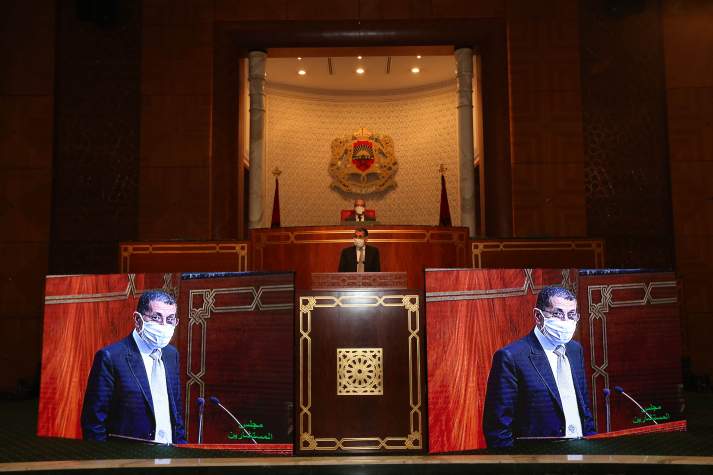 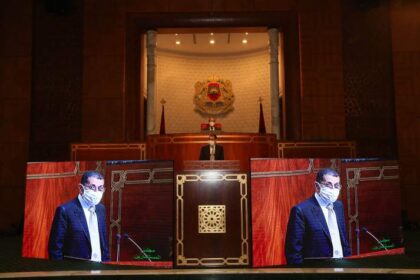 The third extension of the coronavirus confinement was far from creating unanimity at the Moroccan parliament where MPs from most parties called for an end of the restrictive measures to let people breath.

Head of the Government Saad Dine El Otmani said that the confinement has been loosened in 95% of national territory where the pandemic was under control and where many regions do not have active cases.

But he said it was necessary to keep some restrictions in the remaining areas which include big cities like Casablanca, Rabat, Tangier and Marrakech due to the partial control over the pandemic situation.

Some 87% of total cases, which stood by Wednesday at 8508, were registered in the areas where restrictive measures have been maintained.

“Morocco, thanks to royal directives, was able to avoid the worst in such a context. Our country was able to manage this phase in the best possible way,” he said.

The confinement has helped Morocco “avoid overwhelming its intensive care units,” he said noting that 2.5% of total cases were in critical condition while 92% had mild symptoms.

“We made great achievements and we have to maintain them” he said referring to the precautionary measures that enabled unlocking economic activity save restaurants, cafes, public baths and other businesses where social distancing was hard to implement.

These will be opened on the basis of an assessment of the current relaxing of the coronavirus confinement, El Otmani said

His arguments however did not convince most members of parliament who deplored a lack of clarity, improvisation and evoked a sense of frustration among citizens about the confinement.

Abdellah Bouanou from El Otmani’s PJD party was the first to take the floor to deplore the impact of the confinement on the economy and on the Moroccans stuck abroad who are still waiting to be repatriated.

He also mentioned the need to pay attention to providing medical care to other patients whose condition was relegated to a lower rank due to the focus on countering coronavirus.

“The confinement could develop into social and economic problems,” he said.

Echoing him, Abdellatif Ouahbi of the PAM opposition party withdrew support from the government, which his party expressed at the start of the pandemic. “Time now for account rendition,” he said.

He highlighted the weariness of large social categories due to the continuation of the confinement, saying that the situation of children was overlooked.

“People who were at risk of poverty before the pandemic are now poor and the youth facing the specter of unemployment have now lost prospects for finding a job,” he said, regretting a lack by the government to put forward concrete measures to address the crisis.

He said El Othmani should uphold his constitutional role and take the lead instead of marginalizing elected institutions in managing the crisis.

Omar Hjeira of the Istiqlal party criticized El Othmabi for failing to offer specific dates for the return of the Moroccans stuck abroad saying the government was late in developing a rescue plan.