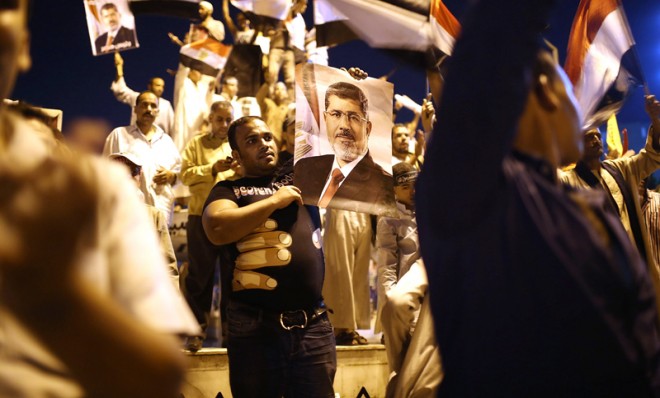 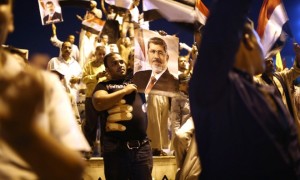 Egypt could be taken an unprecedented turn on Friday if the calls of General Al-Sisi for a nationwide demonstration aimed at giving “(Al-Sisi) a mandate and an order to confront possible violence and terrorism” is heeded. He claimed that it will lead to the reduction of bloodshed and promote national reconciliation. The Muslim Brotherhood slammed his remarks as “an invitation to a civil war”.
Al-Sisi made the demand during a military graduation ceremony as tensions continue to rise between factions divided over the military’s intervention to oust Mursi. The Muslim Brotherhood is also urging for nationwide demonstrations on the same Friday; thereby increasing the probability of clashes between them.
The Muslim Brotherhood terms the remark of Al-Sisi as a plan aimed at implementing a major crackdown on important figures of the Brotherhood. It believes that the demonstrations urged by Al-Sisi are but a cover-up aimed at legitimizing planned actions against the Brotherhood like it had done with Mursi.
Security forces in Sinai have been suffering from fatal attacks in recent times. It is believed that Islamist radicals are behind such attacks, where bombs are mostly used against security installations. Ahmad al-Moslimany, a spokesman for Egypt’s army-backed interim presidency said, “Egypt has started a war on terrorism” for the sake of “the protection of the revolution and the state.”
Although Al-Sisi’s call for fighting against terrorism and violence to promote national reconciliation was welcomed in some quarters, the Muslim Brotherhood has ruled out any dialogue until Mursi returns as Egypt’s president.
Al-Sisi renewed that they will go ahead with their plans to hold “decisive” parliamentary elections in less than six months. He concluded that those who enjoy “real weight and public opinion” backing “will be reflected in the coming vote.”