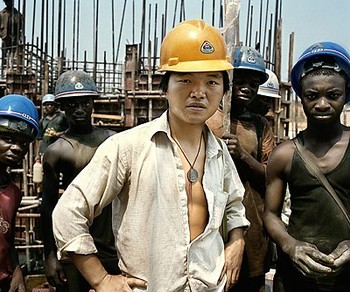 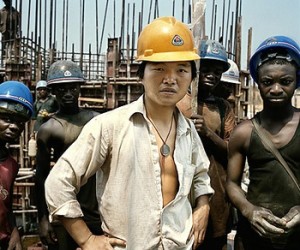 The rapid increase in FDI between 2001 and 2010 was also facilitated by China’s ‘going global policy’ of 2002 that promoted competition for the share in global markets and natural resources. China’s main ‘investment backyard’ has traditionally been Asia, but the country has significantly increased its presence all around the world, including Africa.

Egypt, Libya and Algeria were among the top ten African destinations for Chinese FDI, with Algeria being the second on the list

The biggest inflow of Chinese investment reached Africa in 2008, when the continent absorbed almost 6 billion USD, and this figure has not been exceeded since. Africa as a whole had not attracted much attention among potential investors before 1997 and the 1997-2003 period was marked by high volatility in the amount of the dollars invested. The investment environment in Africa was also earlier shaped by a series of oil crises in 1973, 1979, 1990 and 2000 that hit the continent. Despite the challenging investment environment, Chinese interest specifically in North Africa dates back to as early as 1985 and North African countries have since then been part and parcel of China’s global quest for energy and mineral resources with their 33 per cent share in total African inward FDI.

Though North Africa’s primacy has been challenged by the growing prominence of Western Africa as an increasingly attractive investment destination, the Maghreb has still notched very high score among all African regions. In 2012, there were three North African countries – Egypt, Libya and Algeria – among the top ten African destinations for Chinese FDI, with Algeria being the second on the list. Moreover, one of China’s biggest investors – the aluminum giant Chinalco – is present in Egypt. Since it is very important for China to secure a solid position in the Mediterranean area, Chinese companies have presented themselves to the region of North Africa not only as a vital source of investment but also as important trading partners. The dialogue between China and Africa takes place via the Forum on China-Africa Cooperation that meets regularly every two years – alternatively in China and in Africa. During the 4th ministerial meeting in 2009 that was held in Egypt, China also pledged to double its earlier 5 billion USD low cost loan to African countries.

China’s presence in North African countries as an investor has generally been very well perceived. The population views the developments as an inevitable and inexorable transition from Africa’s colonial past, and the local governments are eager to cooperate with China also for its abundance of foreign exchange and the flexible attitude to human rights and sensitive issues. Furthermore, it seems that China offers a different approach to development policy characterized more or less by the ‘trade not aid’ principle, while Beijing’s declared vision of modern Africa is that of economic growth and social transformation. At the same time, African countries do not criticize China’s political system and human rights record while they can provide the Asian powerhouse with virtually all natural resources that Beijing craves for – and all this without adhering to strict institutional arrangements that so often accompany EU or U.S. trade agreements.

In Morocco, the textile industry used to employ about 200,000 workers, who normally provide the highest source of income within manufacturing sector

Chinese involvement in North Africa, however, does go far beyond energy sector and involves infrastructure, retail, automotive industry and also manufacturing. Whereas China is often warmly welcome as an investor in these sectors, its trading position is much more aggressive and much less appreciated. Especially in manufacturing, China has flooded North Africa with its exports of electronics, textiles and clothing. An opinion holds that China intends to use North Africa’s 800-million market to test new products, and thus prepare its footpath to the European market.
Hence, the positive effects of Chinese FDI have also their dark side: North African countries have experienced a fall-out in traditional industries such as textiles and clothing likely due to China’s trading aggressiveness. Although similar developments ensued in many other middle-income economies to which China exports, North Africa has been hit in a very precarious time. For instance, since the 2011 events on Tahrir Square in Egypt, Egyptian-Chinese trade relations have been experiencing downturn, and in Libya the bilateral relations were similarly traumatized by the evacuation of Chinese citizens following the Arab Spring series of uprisings in the country.
The suspicion that the Chinese curb domestic industrial activity across North Africa through their all-devouring export policy had, however, existed well before the Arab Spring. In Morocco, for example, the textile industry used to employ about 200,000 workers, who normally provide the highest source of income within manufacturing sector in the country. As the multi-fiber agreement phased out in 2004, the Chinese stepped in and quickly wreaked havoc with Morocco’s textile industry and the country’s garment exports to the EU. Only subsequent lobbying in Brussels from both European and Moroccan companies managed to curb China’s competitiveness by setting a quota on Chinese exports to the EU.

China’s engagement in North Africa has always been an integral part of its ‘going global policy’. China came to extract oil, gas and minerals, but found much more – expanding industries and a solid foundation for economic growth in the intimate proximity of the European Union. Though its activity in the region was temporarily suspended due to the Arab Spring instability and economic slowdown, the coming years are likely to reveal what China’s future role in the economic development of North Africa will be – along with its possible implications for neighboring Europe.