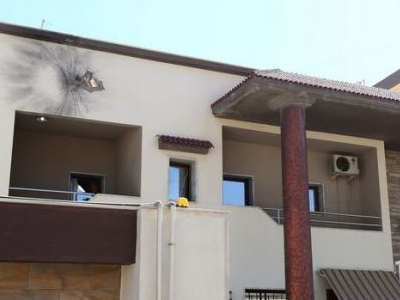 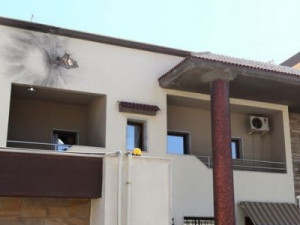 The offices of foreign missions have become the new targets of unknown attackers in Libya. Attacks on such institutions have been rising and the United Arab Emirates is the latest victim to such hostilities when a rocket-propelled grenade was directed to the building housing its diplomatic office and the ambassador’s residence.
The attack came only 48 hours after a rocket attack ripped a building close to the Tower that serves as offices for several foreign diplomatic missions and companies. Although there were no casualties, it is strongly believed that the target of the rocket was the embassies and companies located in the tower close to the Corinthia Hotel.
The spokesman for the Interior Ministry, Rami Said, said that the latest attack took place in the early morning hours and only a “minor damage” was done to the UAE embassy. He added that neither injuries nor casualties were sustained. Eyewitnesses claimed that the attackers came in a car and left after launching the rocket. Authorities have promised to investigate the incident.
The two attacks of the week all took place in the capital and such security flaws could oblige governments with diplomatic missions in Libya to review their decision. The assassination of Christopher Stevens, United States Ambassador to Libya, which took place last year in Benghazi is still fresh in some people’s memory. Last month, a suicide car bomb attack   left two guards of the French embassy wounded. Tunisia’s embassy has also suffered from attacks.
The recent waves of attack are also a sign of Libya’s battle to reduce arms on its streets. The war which led to the overthrow of the former regime has left Libya full of weapons.