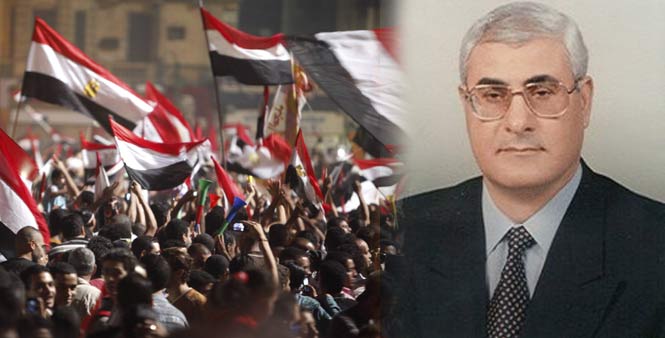 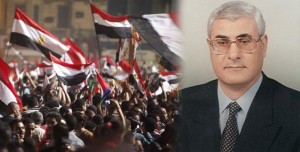 Adly Mansour, the leader of the constitutional court has been sworn in as Egypt’s new interim president, after the democratically elected president Mohamed Morsi was ousted by the armed forces through a ‘military coup’. The interim leader will remain as Egyptian president until presidential elections, but no date has been set yet.
It’s now officially confirmed by many news outlets that president Morsi is been held by the armed forces as they have arrested several key leaders of the Muslim Brotherhood including Mohammed Badie, the supreme leader of Egypt’s Muslim Brotherhood.
Mr. Mansour aged 67 was officially sworn in as Egyptian interim leader as he took oath before the constitutional court in Cairo, promising to protect and follow the interest of the Egyptian people. He went on to hail the brave protesters for their tireless effort in taking to the streets and being the leaders of the revolution.
He said in Aljazeera’s report, “I swear by God to uphold the Republican system and respect the constitution and law… and safeguard the people and protect the nation.” He went on to add that, “The revolutionaries of Egypt are everywhere and we salute them all, those who prove to the world that they are strong enough, the brave youth of Egypt, who were the leaders of this revolution.”
Adly Mansour was named by the ousted president Mr. Morsi to Egypt’s top judicial post in May and took up his functions on the first of July. He also served as a judge under the regime of the former Egyptian president Hosni Mubarak who is now serving his jail term.