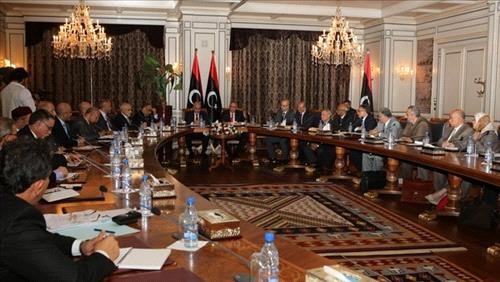 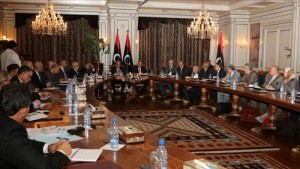 The National Forces Alliance, Libya’s largest coalition party at the national assembly has decided to boycott the sessions of the constitution. The slow process involved in drafting a law for electing a constitutional committee motivated the decision.
During a press conference organized by the party, spokesman Tawfiq Shahibi said the General National Congress (GNC) “has been side-tracked from its major goals” and spends most of its time debating over secondary issues that has “wasted” its time. He said that this has prompted them “to suspend ” their participation with the national assembly for all the sessions except for those that concern “the law on the election of the constitutional committee.”
About 60 members elected by Libyans should draft the constitution, but the process is being delayed by political differences and administrative delays. Independent candidates make up most of the assembly with political parties occupying only 80 seats out of 200. The National Forces Alliance, which was formed by Mahmoud Jibril accounts for 36 seats of the 80 occupied by the political parties.
The National Forces Alliance will begin to attend the assembly’s regular sessions when an agreement “reached on completing our job within the correct time frame” according to spokesman Shahibi. The assembly is faced with major challenge because its members are not well equipped with political experience or knowledge on how to run a government.
The assembly adopted a law in May aimed at isolating senior officials of the Gadhafi regime from the political scene and administrative posts, regardless of their part in toppling the dictator. This decision has limited the participation of those with political experience because Gadhafi’s government was the only one in Libya for 42 years.