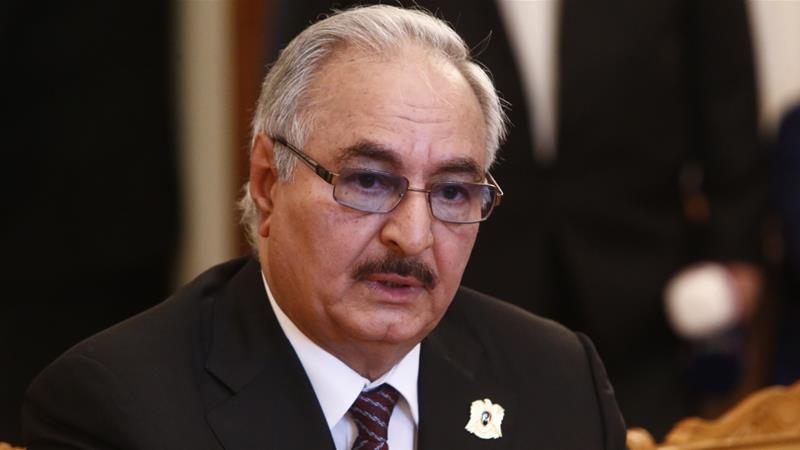 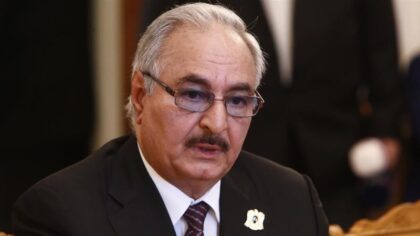 Haftar attended the ceremony, according to the Syrian state-run news agency, SANA.

The opening of the mission came following a trip by a Libyan delegation of the Haftar-backed Libyan government to Syria on Sunday.

The delegation headed by Libyan Deputy Prime Minister Abdel Rahman Al-Ahiresh and Minister of Foreign Affairs and International Cooperation Abdul-Hadi Al-Hawaij signed a memorandum of understanding (MoU) with Syria to open a diplomatic mission and cooperate in the area of security.

Diplomatic ties between Libya and Syria were cut in 2012 after the NATO-backed uprising killed Muammar Gaddafi in 2011.

The Libyan eastern-based administration and the Syrian regime have been brought together by Turkish military ambitions in both Syria and Libya.

The Haftar-backed Libyan administration is opposed to Ankara on several fronts including Turkey’s military deployment to prop up the UN-backed Government of National Accord (GNA) and the maritime agreement signed between the GNA and Ankara in November last year.

Turkey has reportedly recruited around 2,000 Syrian mercenaries opposed to al Assad to counter Haftar’s military push to take over capital Tripoli, the seat of the GNA.

In Syria, Turkey has found itself in a full flesh war with the Syrian army, in Northwestern Idlib, near the Turkish border.

The clash between the two armies escalated over the past few days with both sides trading accusations of violating the 2018 Sochi agreement making Idlib a de-escalation zone.