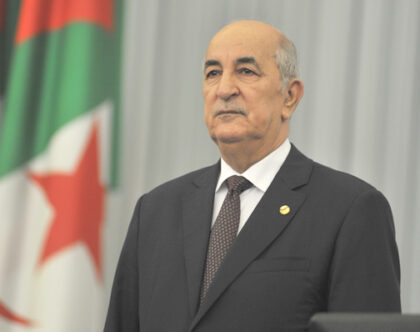 The new Algerian leadership, which continues to be contested by the mass protesters, is on track of its predecessor in inciting hostility towards Morocco and its strategic interest.

This could be predicted from previous statements of the new President Abdelmjid Tebboune, who reiterated on multiple occasions during his electoral campaign to the Presidency that he will keep borders shut with Morocco.

His choice for a foreign minister, an ardent defender of the separatist Polisario militia in the African Union, confirms the prophecies of those who describe the new Algerian administration as a new wine in old bottle.

Never has Algeria been so blunt in its desperate diplomatic attacks as it is now.

Morocco’s Foreign Minister Nasser Bourita revealed the hostility of Algeria to Morocco once more by showing written notes sent by the Algerian foreign ministry to African states urging them not to open consulates in the Sahara, to refrain from supporting Morocco and abstain from taking part at the international Crans Montana forum annually held in Dakhla in the Sahara region.

This comes amid a wave of African states that took concrete measures to show support for Morocco’s territorial integrity by opening consulates in Laayoune and Dakhla.

Djibouti and Burundi were the latest in a series of African countries that opened consular services in the Saharan cities of Laayoune or Dakhla, on the footsteps of Côte d’Ivoire, the Comoros, Gabon, Central African Republic, Sao Tome and Principe, Gambia and Guinea.

History is full of cases of the Algerian regimes betrayal of Morocco’s good will starting from turning the back to Morocco’s border grievances by a military junta that hijacked power overturning a civilian government after independence.

Other major historical events that validate the anti-Moroccan doctrine within the Algerian regime dates back to 1972. When former president Boumediene was in Rabat to sign a border demarcation treaty, Algeria was training leftist Moroccans in military bases to overthrow the regime in Morocco. They will go down in history later as the events of 1973, where leftists armed by Algeria attempted a failed armed uprising in Morocco.

The expulsion in humiliating conditions of over 350,000 Moroccans and the confiscation of their property in Algeria in response to Morocco’s green march to recover its southern provinces and the continued military and diplomatic support for separatism while blocking any effort towards a political solution are other stark cases of the endemic anti-Moroccan sentiment within the ruling elites in Algeria.

As Morocco keeps an outstretched arms policy towards Algeria urging the neighboring country to start a new chapter of regional integration, such calls have regrettably fell on deaf Algerian ears bogged down in a cold-war mentality.

As long as Algeria keeps its doctrine based on anti-Moroccan interests, relations may further worsen.