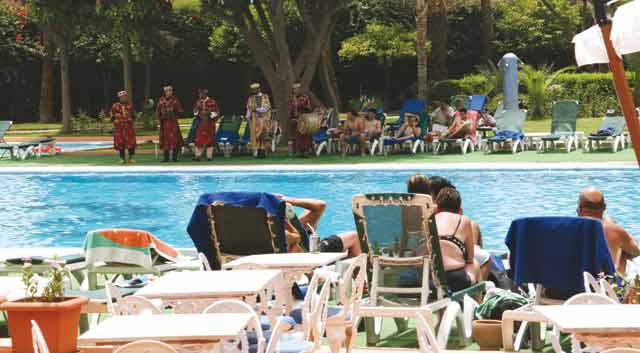 Morocco: Crisis does not Deflect Attention from Major Tourism Investments 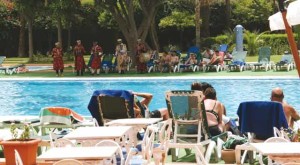 Despite the crisis that hit the tourism sector worldwide, Morocco has not shoved its projects in a drawer. On the contrary, Morocco is launching new projects and hunting for new investments to attract greater numbers of tourists, not only from Europe, its traditional market, but also from the Gulf and Asia, especially from China.
Although Morocco was hit by the European economic crisis and the Arab Spring upheavals, its multiple assets (ancient cities, sea and mountain resorts, renowned cuisine, cultural diversity etc.) help boost this growth-generating sector and the country’s second foreign hard currency earner after phosphates and second largest contributor to the GDP. The sector has actually surpassed remittances from Moroccan workers abroad as the main source of foreign currency.
Upbeat on the tourism sector prospects, Morocco recently signed a series of agreements to boost the sector and reach the targeted 20 million tourists by 2020.
The Caisse de Dépôt et de Gestion (CDG), the first institutional investor in the kingdom, and the French Pierre & Vacances company signed a €360 million agreement to build tourism resorts in Taghazout and Saidia in addition to the first complex being built in Marrakesh part of cooperation between the two groups.
The Marrakesh complex, Noria Oasis, scheduled to open in 2015, will have a 2.400 bed capacity in addition to 540 villas and apartments that will be put on sale. The complex will also have conference halls, kids clubs, swimming pools and other recreational facilities.
The Saidia resort on the Mediteranean, north-eastern Morocco, will include 400 accommodation units, a water park and a conference center while the eco-tourism resort in Taghazout, a village in the suburb of Agadir, will provide 520 accommodation units with a 2.700 bed capacity. The eco-resort will also include 380 flats and houses to be sold to private owners. The opening of both resorts is set for 2016.
The development of large tourism resorts offering a full range of leisure activities, which are a high added value to the hotel industry, aims to improve the country’s attractiveness and enhance the sector which is a key job generating sector. The sector employs some 470,000 people.
In 2011, Morocco set up a Tourism Investment Authority, “Wissal Capital”, in partnership with the sovereign funds of Qatar, United Arab Emirates, and Kuwait. The authority has projected to invest in the sector between $2.5 and 4 billion.
A number of measures meant to attract investors and back their projects were announced during the Morocco Tourism Investment Forum, held last April in Casablanca. Morocco is expecting total tourism investment to reach around $ 2.5 billion in 2013, a noteworthy increase compared to about $1.6 billion invested last year.
The 2020 vision program requires a total of about $17.5 billion to finance, among others, the creation of some 200,000 beds.
A Study by Oxford business group reveals that Morocco is likely to reach its tourism 2020 vision, to be among top 20 tourist destinations worldwide while a recent survey by the World Economic Forum ranked Morocco in the top three most welcoming countries in the world for foreign visitors.
CATEGORIES FeaturesHeadlinesMorocco
Share This

North Africa Post's news desk is composed of journalists and editors, who are constantly working to provide new and accurate stories to NAP readers.
NEWER POSTEgypt struggles to get a loan from the IMF
OLDER POSTMorsy wants Brazil to increase investments in Egypt