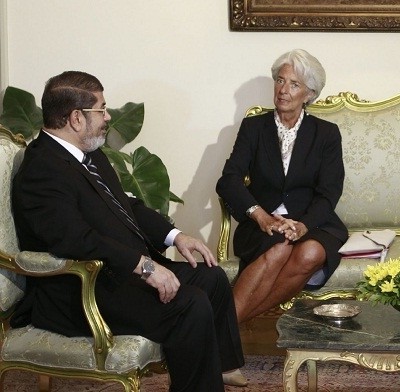 Egypt struggles to get a loan from the IMF 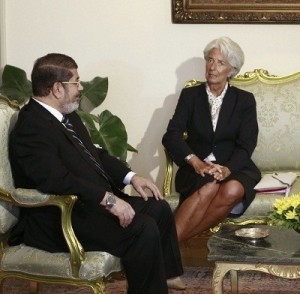 The International Monetary Fund (IMF) has announced that it will be holding back on negotiations for the $4,8billion loan to Egypt, because the country’s financial situation is worsening. It has decided to only continue with talks when it receives updated economic information and reform plans from the government.

The freezing of negotiations which have been going on for a year will come as a heavy blow to the Egyptian government, which is struggling to control its increasing budget deficit and diminishing foreign reserves. Foreign investment and tourism are yet to reach satisfying results. There were hopes that the IMF loan will increase investor confidence but the implementations of the first austerity measures proposed by the IMF were violently rejected forcing the parties to revise the economic forecasts surrounding the agreement.

IMF spokesman Gerry Rice said there are no plans for any future visits to Egypt and urged for a broad consensus in the country over the proposed essential reforms. He added that IMF is willing “to support a homegrown program that addresses the economic and financial challenges” but added that the program should be “socially balanced” and characterized by a “broad ownership” in the drive to restore confidence. In the past, negotiations have been delayed by the reduction of subsidies on which most of the poor people count on for cheap fuel and food. Almost half of Egypt’s population lives near or below the poverty line of $2 a day.

Egypt’s long- and short-term sovereign credit ratings have also been reduced lately by Standard & Poor Ratings agency to CCC+ and C, from B- and B respectively despite a $1 billion rise in net international reserves in April to $14.4 billion.