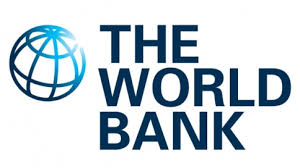 As Algerians of all walks of life continue to protest against the military Generals and old guards for keeping a tight grip on the country since independence, all economic sectors of the country are plummeting, heading for a crash.

This is the conclusion of the World Bank, which says that deepening political crisis affects business environment, while the hydrocarbon sector continues to contract in the face of oil price volatility.

In its October 2019 report on Algeria, the WB says growth in the Algerian hydrocarbon sector was sluggish, with economic activity contracting by 6.5 pc and 7.7 pc in 2018 and Q1-2019.

Top business executives in various sectors have been detained on investigations of corruption, leading to economic disruptions due to abrupt changes in management and supervision, as well as investment uncertainty, says the World Bank report.

As a result, GDP growth is expected to decelerate to 1.3 pc in 2019, according to WB outlook. The pre-election season is also likely to further delay the fiscal consolidation that had been programmed for 2019, exacerbating the fiscal deficit to an expected 12.1 pc of GDP and increasing the risk of a sharper adjustment down the road.

On the external front, the current account deficit is expected to widen to 8.1 pc of GDP, mainly on the back of a substantially larger trade deficit.

On the socioeconomic front, unemployment continues to be higher among the youth as a result of the skills mismatch in the labor market.

As economic activity is expected to be impacted by the political course, it is also expected that more resources will be directed to social measures, at the expense of public investment spending.

Private sector activity and investment will also be impacted by the political disruption and the unfavorable business climate, as well as disruptions caused by delays in paying workers in several industrial activities.

Delays in ending the political deadlock and policy uncertainty could further harm the country’s economy, leading to an increase in imports and further depletion of foreign currency reserves, warns the World Bank in its report.