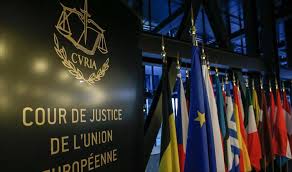 Morocco’s foreign ministry said it “took note” of the verdict delivered by the European Court of Justice slamming the polisario as “not concerned” by the EU-Morocco trade deals and illegible to plea at the court.

The ECJ’s decision corrects previous injustice regarding Morocco and puts the institution in line with other EU bodies in addition to asking the Polisario to pay the costs of the judicial proceedings, the foreign ministry said in a statement.

Morocco welcomed the annulment by the court of its December 10, 2015, verdict, which was challenged by the Kingdom and appealed by the Council of the European Union, the statement added.

Morocco’s foreign ministry noted that the ECJ’s verdict does not question the legitimacy or legality of the international agreements signed by Morocco covering the Sahara.

The statement expressed Morocco’s confidence that the EU will continue to uphold its commitment under the Agricultural Agreement. In this respect, Morocco is willing to continue consultations with its European partners within the framework of the Morocco-EU partnership, the statement said.

Another statement jointly issued by the EU High Representative for Foreign and Security Policy and the Moroccan Foreign Minister, pointed out that the two sides “took note of the judgment” and have both confirmed the vitality of their privileged partnership. The two sides also “intend to work actively to promote this partnership in all areas of mutual interest,” the joint statement said.

The Moroccan Ministry of Agriculture and Fisheries also hailed the verdict as it allowed “the preservation of the Morocco-EU partnership framework in the fields of agriculture and fisheries.”

In Brussels, a group of members of the European Parliament pointed out, in a statement released Thursday, that the ECJ’s ruling is “a victory” as it “validates the 2012 trade agreement between Morocco and the European Union.”

The MEPs described Morocco as “an indispensable ally of the European Union in the fight against terrorism and a privileged partner to establish strategic cooperation with Africa.”
The year 2017 “must enable us, on both sides of the Mediterranean, to rebuild a relationship of trust and to cooperate actively in all areas of shared interest,” the MEPs said.