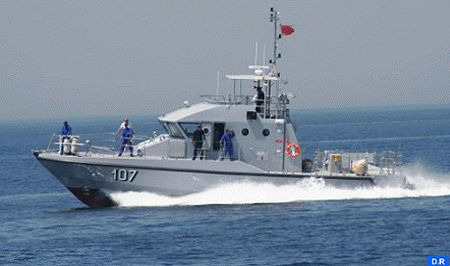 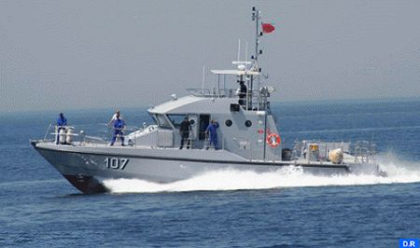 A Royal Navy unit patrolling in the Atlantic foiled on Thursday a drug trafficking operation off Assilah (northern Morocco) and seized 130 bundles of chira, weighing over 4 tons.

According to a military source, the seizure was operated after the unit chased and hailed three go-fast boats.

This drug-busting operation shows that smugglers are trying to use the strategic position of the North African Kingdom as a transit point to European market.

In another development, MAP news agency reported this Friday that law enforcement agents seized more than 7,000 psychotropic tablets in the city of Fez.

The elements of the judicial police, in close coordination with the Directorate General of Territorial Surveillance (DGST), aborted Thursday evening three attempts to smuggle drugs and psychotropic pills.

In total, seven people were arrested and 7,079 tablets of ecstasy and psychotropic drugs were seized during the three security operations in several districts of the city of Fez, says a statement from the Directorate General of National Security (DGSN).

On Wednesday, the news outlet le360 reported that more than 3 tons of cocaine wrapped in several packages were found on the Atlantic beach of Sidi Rahal, in the province of Berrechid.

The origin and destination of this important quantity of cocaine remain unknown, noted the website, adding that the finding of the banned substance came one week after 37 packets of cocaine were found on the beach between the towns of Salé and Mehdia, also on the Atlantic.