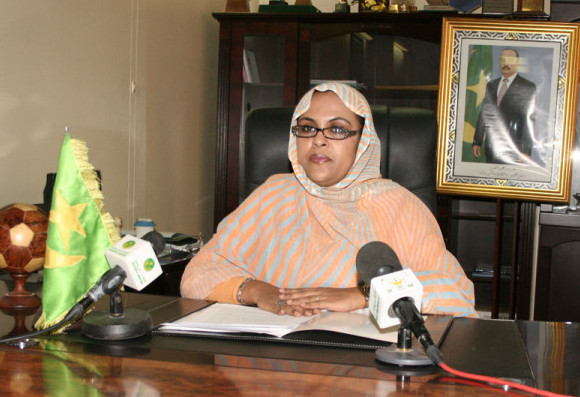 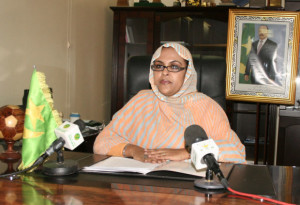 Friday will be a special day in Mauritania. It will mark the first edition of the country’s National sports day, which will be taking place on the first Friday of April each year. The edition will be held under the theme “Practice sport for your health.”
A speech was delivered by the Minister of Culture, Youth and Sports, Mrs. Cissé Mint Cheikh Ould Boide to mark the day. In her speech, she urged Mauritanians to be active and practice at least one sport. She added that the government decided to set aside this day, National sports day, since last year in order to promote sporting activities in the country.
Minister Cissé Mint Cheikh Ould Boide further went on to say that this year’s edition coincided with the country’s desire to develop sports through policies aimed at generalizing and professionalizing sport in different domains. She claimed that significant steps have been taken towards the objectives set by President Mohamed Ould Abdel Aziz, with regards to the revaluation of sport and athletes in general.
The minister said that her ministry has been active in promoting sports in the country and it has been able to acquire positive results between the period of 2010 to 2013 especially in the aspects of the legal framework, infrastructure, providing training for coaches and organizing competitions for athletes.
Mauritania however lacks some basic sport infrastructures despite the efforts being made to renovate and build basic sporting centers in and around the country. Most of the sporting infrastructures are based in principal cities like Nouakchott and Nouadhibou.
The Minister ended her speech by pointing out that government has pushed sports in the country forward before reminding Mauritanians that practicing sport and living a healthy life share very close bonds.