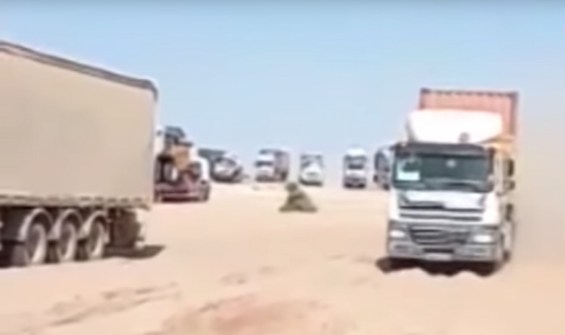 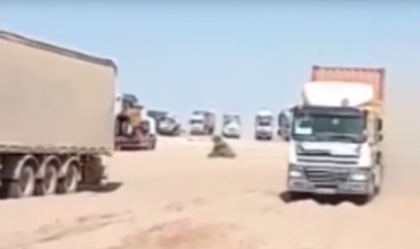 Algeria has been pushing above its weight announcing ambitions to enter the Sahel market without having prepared the necessary infrastructure and competitiveness.

Algeria opened a border crossing with Mauritania in 2018 to enable exports of foodstuff through trucks towards Mauritania’s capital Nouakchott. Most Algerian trucks depart from Tindouf, crossing a distance of nearly 3000 km, a third of which is unpaved.

A group of Algerian truck drivers complained of fuel restrictions in Tindouf where pumping stations do not give them enough diesel for their trip. They also deplored the unpaved road and raised security concerns.

Most of them drew comparisons with Morocco where sales of fuel for trucks is unlimited and road is paved until the southernmost tip of the country on the Mauritanian borders.

“Moroccan enter Mauritania on a steady daily basis loaded with all sorts of goods that are then sold in West African market. We cannot compete with them because of our sporadic trips,” said one Algerian truck driver in a video posted by le360 news outlet.

Algeria’s commercial strategy in West Africa is disconnected with facts on the ground wherein Algeria barely satisfies its own needs in foodstuff and has yet to improve the quality of the products of its private sector to be competitive in the Sahel market.

Distance and heat is another issue that makes Algeria’s truck exports expensive and uncompetitive after many fruits and vegetables exporters halted sales to Nouakchott because their goods get rotten before reaching their destination. By comparison, climate is often mild on Morocco’s Atlantic road to Mauritania.

It takes, however, less than two days for fruits and vegetables to leave the farm hub of Agadir to reach Nouakchott market.

Moreover, Mauritanian authorities have strengthened control over their borders with Algeria where a group of terrorists and traffickers operate.

They tightened customs surveillance demanding an itinerary of products especially those originating from Tindouf to prevent smuggling of aid sent to the population held by the Algeria-funded separatists of the Polisario.

Meanwhile, Mauritanians look at trade with Morocco as vital for their food security and despite the pandemic they have taken measures to make their daily crossings easier with the setting up of a truck station ensuring drivers a venue to unload and rest.

Everyday, some 100 Moroccan trucks enter Mauritania loaded with vital goods. Some of the load is sold in the West African market.

The border crossing with Mauritania was sought by Algerian authorities as a gateway for exports to Africa. But Algeria which imports everything apart from oil and gas has nothing much to export.