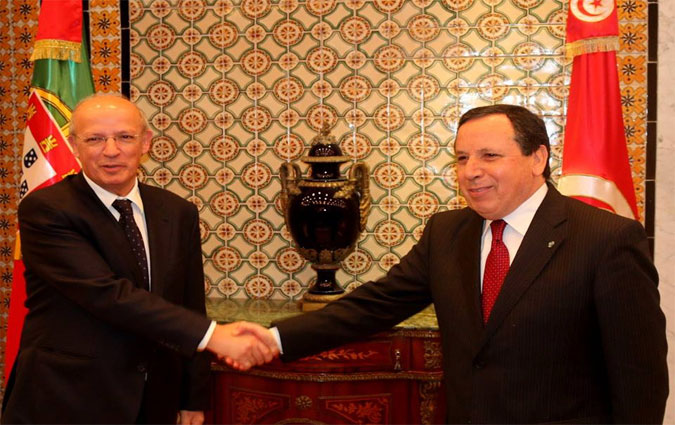 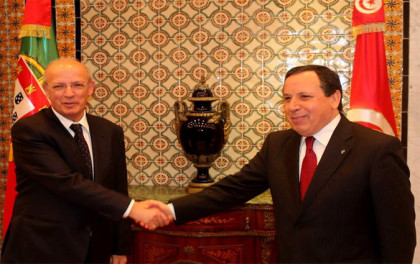 Tunisia Wednesday received strong support from Portugal which vowed to help secure the volatile border with Libya and offered to train army and security forces.

“Portugal will significantly contribute to improve the operational capacities of Tunisian security and army forces notably in matters of equipment and training; in the ultimate objective of securing borders,” said Portuguese Foreign Minister Augusto Santos Silva during a joint press conference with his Tunisian counterpart Khemaies Jhinaoui.

The Portuguese top diplomat renewed Lisbon’s unshakable support to the political transition and democratic process in Tunisia. Santos Silva also indicated his country and the EU are determined to continue backing the economic and political recovery in Tunisia.

“Tunisia can always count on Portugal and the EU to succeed its development policy,” he added.

Santos announced a Portuguese-Tunisian meeting will be held on March 22 to boost cooperation between the two countries.

“We have already created a Euro 20 million-credit line to favor trade exchanges and step up investments between the two countries,” he said.

According to a Defense Ministry statement, Gouyette hailed Tunisia’s efforts in the fight against terrorism, reaffirming his country’s commitment to support the North African State in its economic transition to meet development and security challenges.

The attacks were claimed by IS and the attackers were reportedly trained in neighboring war-torn Libya.

Security level at the border with Libya has been raised after it transpired that dozens of the Tunisian jihadists killed in the US air raid last Friday in Sabratha, West of Libya, were planning attacks in Tunisia.