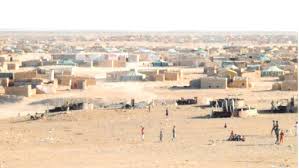 There are new developments in the case of the three Sahrawi pro-democracy protestors arrested last week by the Polisario. The Sahrawi Association for the Defense of Human Rights (ASADEH) has urged the Spanish Embassy in Algiers to provide legal assistance to Moulay Abba Bouzid, Fadel Brika and Mahmoud Zeidan.

“We have informed the Spanish Consul General in Algiers that the detainees Fadel Brika and Moulay Abba Bouzid are Spanish nationals, because they were born in the Sahara when it was under Spanish occupation and that the parents of Mohamoud Zeidan are Spanish,” said the NGO’s president Messeoud Ramdan,

In the letter sent to Spanish Consul, ASADEH asks the Spanish diplomatic mission to “provide necessary consular protection to the detainees to preserve their physical integrity, clarify their fate, and the real reasons behind these illegal and unjustified detentions”.

The GNO has also requested the Spanish Embassy in Algiers to instruct its Spanish lawyers to handle the case of these detainees so that the Algerian authorities can allow them enter the Tindouf camps and attend their trial, added Mr. Ramdan.

The lawyers of ASADEH had launched in Madrid legal proceedings against several Polisario leaders including Brahim Ghali who avoids travelling to Spain, fearing arrest and prosecution.