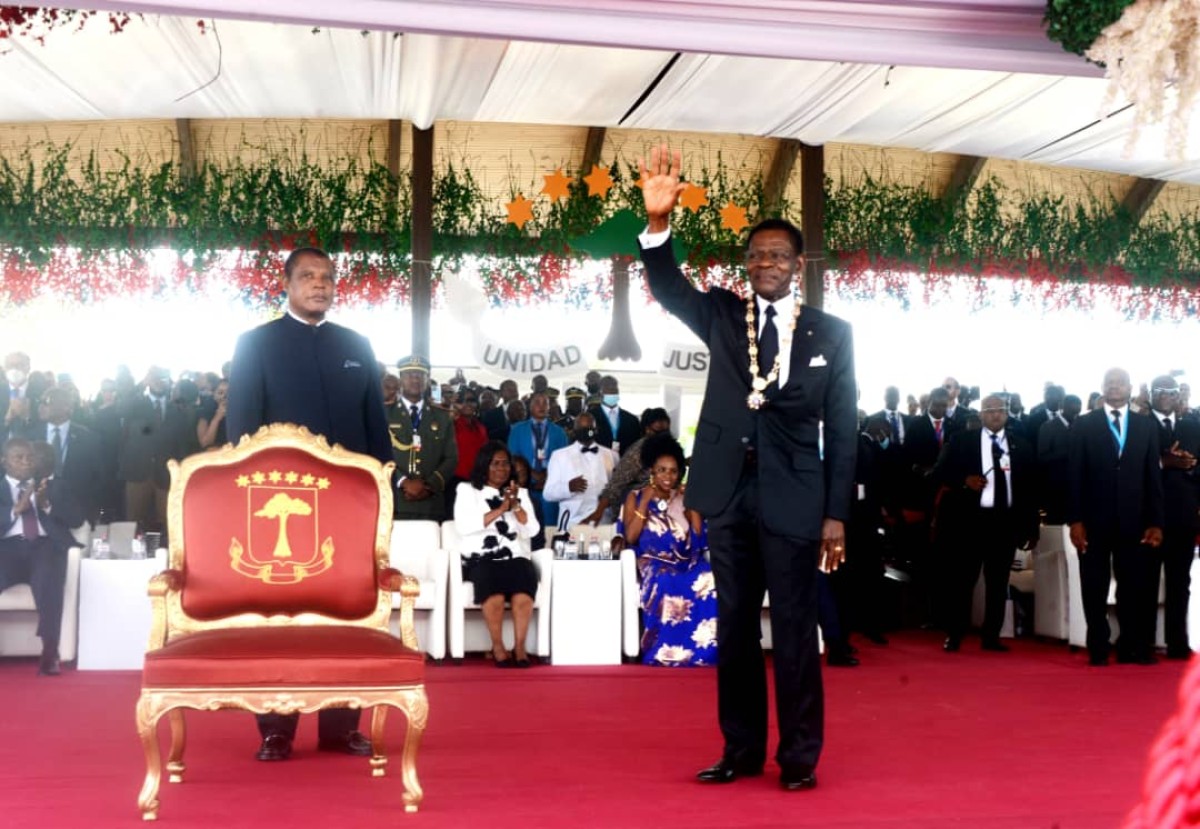 Equatorial Guinea’s Vice-President Teodoro Nguema Obiang Mangue, who is also the son of the president, has accused the country’s former colonial power Spain of „interference” after the country’s judiciary opened an investigation into the “kidnapping” and “torture” of two Spanish nationals in the West African state’s capital Malabo.
The two Spanish nationals, Feliciano Efa Mangue and Julio Obama Mefuman, were opponents of Equatorial Guinea’s President Teodoro Obiang Nguema Mbasogo’s regime. He is now 80 years old and has been in power since 1979, which makes him the longest-serving president in Africa. The investigation by a judicial source reportedly targets three relatives of President Obiang. One of the three is another of his sons, Carmelo Ovono Obiang, who is the head of the Foreign Intelligence Service; Nicolás Obama Nchama, the Minister of National Security, and Isaac Nguema Endo, the Director General of Presidential Security.
The three individuals are among the most senior security officials in the small but wealthy West African oil state. It’s also one of the most closed states in the world and it endures one of the world’s most authoritarian regimes. The three men are suspected by the Madrid court of having had four opponents forcibly returned to Spain from South Sudan in 2019. The four include two Spanish citizens of Equatorial Guinean origin, all of whom were allegedly tortured. Their trial was observed by the American Bar Association’s Center for Human Rights and as part of the Clooney Foundation for Justice’s Trial W‚’ch Project. It found the trial was marred by egregious procedural irregularities, including the President’s appointment of military judges and prosecutors by executive decree.