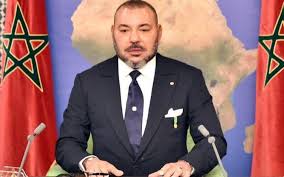 King Mohammed VI has strongly condemned the suicide bombings that targeted on Thursday security forces in central Tunis that killed one police officer and wounded eight.

In a message sent to President Beji Caid Essebsi, the Sovereign condemned “this cowardly criminal act”, reaffirming “his full solidarity and continued support to sisterly Tunisia in the fight against the scourge of abject terrorism”.

The Moroccan King also expressed his constant backing to Tunisia in all its efforts aimed at preserving its security and stability.

The Islamic State group claimed responsibility for the bombings, saying they were carried out by two of the militant group’s “fighters,” according to a message distributed on social media accounts affiliated with the group.

These coordinated terror attacks come at the peak of a tourism season in which Tunisia is hoping to attract record numbers of visitors, and a few months ahead of a general election.

The first bombing targeted a police patrol on Charles de Gaulle Street in central Tunis. One officer was killed and at least one other officer and three civilians were wounded, the interior ministry said.

Shortly afterwards, a second suicide bomber blew himself up near a police station in al-Qarjani district. Four people were wounded, the interior ministry said.

It was the second suicide bombing in nine months, sparking fears of renewed instability in the North African country which has been battling militant groups in remote desert areas on its borders since Ben Ali was toppled and high unemployment has stoked unrest.

On the same day of the twin suicide bombings, the 92-year-old Tunisian president Beji Caid Essebsi was rushed to a military hospital after suffering a “severe health crisis.”

Later Thursday, the presidency sent out a statement saying his condition was stable and that he was “under the necessary checks”.