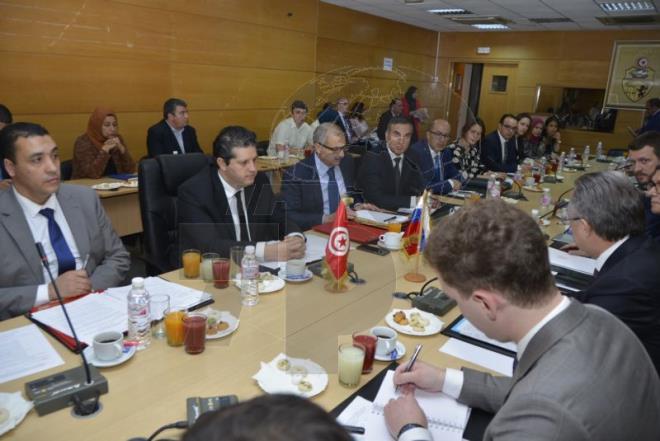 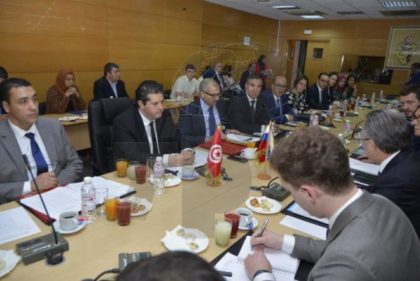 Tunisia and Russia are contemplating the setting up of a free trade area.
The project was discussed at the 7th session of the Tunisian-Russian Joint Economic Commission held Friday in Tunis.

“Tunisia and Russia will examine the procedures needed to establish a free trade zone between the two countries,” Trade Minister Omar Behi was quoted by Tunisian news agency TAP as saying after the meeting.

Tunisia aims to attract more Russian investments, especially in the automotive sector, which interests many Russian companies, Behi said, addingb that the country will serve as a platform for Russian investors to conquer new African and European markets regarding its proximity to these markets.

Tunisia has partnership agreements with the European Union and the Common Market for Eastern and Southern Africa (COMESA), he recalled.

Vice President of the Russian Government Vitaly Mutko stressed that both countries are keen to “foster mutually beneficial cooperation relations.”

Russia is interested in promoting its investments especially in the sectors of energy, transport, mechanical engineering, infrastructure, agriculture…, he said.

Nine Russian companies currently operate in Tunisia, representing an investment of about €6 million and providing 780 jobs. These companies operate mainly in the pharmaceutical, agricultural and consulting industries.

The trade balance shows a huge deficit to the detriment of Tunisia with a very low coverage rate that does not exceed 4%, according to TAP.

The Joint Commission discussed the possibilities of establishing a legal framework to develop collaborative relations, particularly at the level of trade, to support Tunisia’s efforts to promote exports to Russian distribution channels.