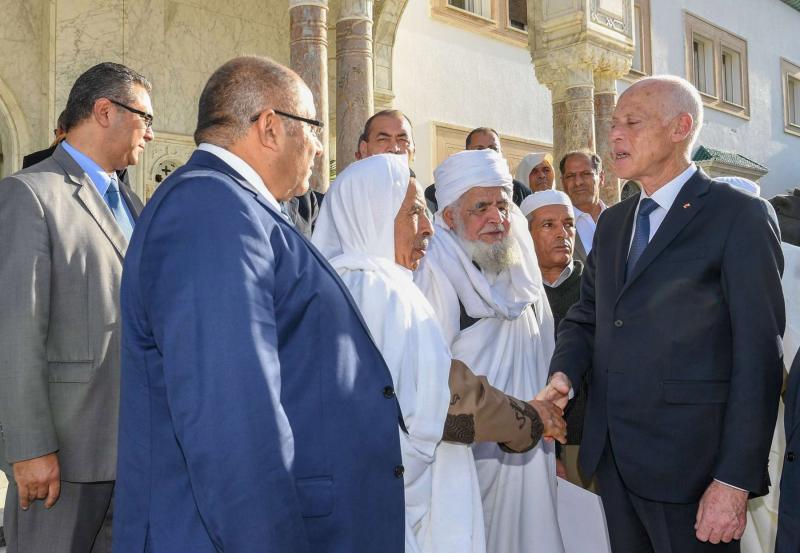 Tunisian President Kais Saied has underlined Tunis’s unified position with UN-backed Government of National Accord (GNA) in Tripoli after his defense minister tagged the fragile Libyan government as militia”, reports say.
Tension has emerged this week between Tunisia and Libyan after Tunisian defense minister, Imed Hazgui, in comments to a local TV station, called forces aligned with the Tripoli government “militias”.
The reaction to the comments, the GNA reportedly issued a statement condemning Hazgui.
Saied and GNA leader Faiez Serraj both reportedly Wednesday a telephone conversation to dissipate any crisis that might arise from Hazgui’s remarks.
“Tunisia is committed as always to the respect of legitimacy and the law as our basis, in reference to the UN recognition of the Government of National Accord (GNA) in Tripoli,” Saied’s office said April 15 following the telephone conversation.
“The statements in discordance with this stance have either been misinterpreted or were circulated with the aim of suggesting that the Tunisian position has changed,” it added.
“Tunisia and Libya are two countries of one single people and who share a common future.”
The GNA since its establishment in Tripoli, in 2016, has been struggling to impose its rule as it faces opposition from east-based and Egypt, UAE, Saudi Arabia, France, Russia and U.S-backed retired Gen. Khalifa Haftar. Both sides have been embroiled in military fight after Haftar launched last year an offensive to ouster the UN-backed government that he accused of being controlled by Islamists and terrorists.
Tunisia initially refused to take side after Turkey which backs the GNA, early this year sought to convince Saied to allow the use of his country as base for Turkish attacks against Haftar forces.