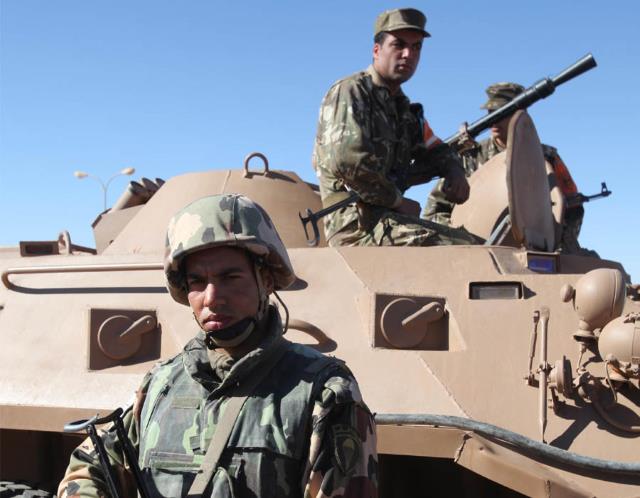 According to a report published by the Strategic Defense Intelligence (SDI) market research group, Algeria continues to be leading other countries in the continent’s defense expenditures. Algeria has been known to be a big spender in the defense market and the trend is expected to continue as Terrorism gains attention in the North African region.
In the report entitled “The Future of the Algerian Defense Industry — Market Attractiveness, Competitive Landscape and Forecasts to 2017,” Algeria’s market is described as the “most attractive” and its spending spree has increased by 21,4%. The heavy expenses are linked to North Africa’s arm race. However, expenses are expected to grow “at a steady rate of 6,2%” till 2017 due to the modernization scheme of its armories.
Algeria’s main arm supplier is Russia. However, the zeal to increase its counterterrorism and counterinsurgency capabilities could make it “an exciting proposition for foreign companies looking to enter the market.” Terrorists group linked to Al-Qaeda have been breaching Algeria’s security to carry out deadly attacks. The report stated that such attacks were due to the domestic industry’s “neglect” for several years.
According to Retired Zimbabwean Col. Joseph Sibanda, a defense analyst, the African market will experience a steady growth for the next 10 years and will in within become “a defense market almost at the same level with Latin America and Southeast Asia.” He added that countries especially in West and North Africa will be strengthening their arsenals with military aircraft, armored vehicles and advanced artillery systems to withstand security threats.
Although Algeria was able to oversee its Arab Spring without any major incidents, terrorist attacks have remained to be its major challenge. The increase in gas and oil prices is expected to support the expenses of combatting the terrorists.