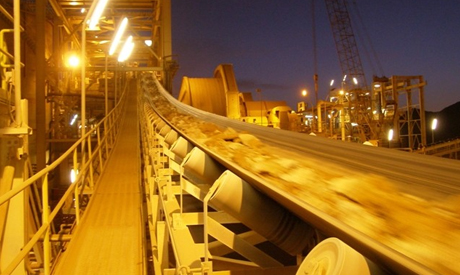 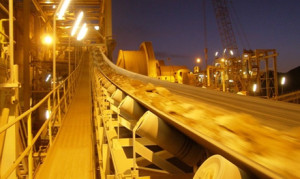 Good news is coming out of Egypt’s Sukari gold mine. Centamin has announced that it is expecting more than a 20% increase in its production this year. The company which is focused on mineral exploration, development and mining has been achieving positive results for the past couple of years. Some of the company’s expansion projects have also been held back by delays.
It is forecasting a 22% rise, compared to last year, at the Sukari gold mine. The company is focused on mining gold in Egypt and has set its goals at 450,000 to 500,000 ounces per annum from 2015 onwards. It has not yet arrived at this level of production. The estimated cash operating cost per ounce at the Sukari gold mine is forecast at US$700 (£469).
The company has also been affected by setbacks because its Stage 4 expansion project which has been affected by delays ranging from key items, materials and services. However, there are hopes that the larger part of its expansion project will begin functioning during the 3rd quarter of the year. Partly as a result of these delays, as well as general cost inflation, the estimate for the total capital cost of Stage 4 is now $325 million including contingency, compared with the previous $287.6 million excluding contingency. The management is confident that by the end of the year, the plant will be fully operational.
Centamin was also at the receiving end of complaints from the Egyptian General Petroleum Corporation for lack of payment of fuel supplies worth more than $60 million. The dispute affected its production before forcing it to suspend operations by the end of last year.
Centamin has offices in the United Kingdom, Australia and Egypt. It’s valued at £588.2 million.