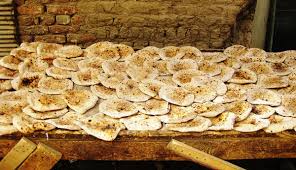 As Egypt’s fiscal year for 2017-2018 will be commencing on July 1, the Finance Ministry has announced that a “social package” aimed at easing the pain of the ongoing austerity measures will be included in the budget.

More than 90% of the citizens will benefit from the package through food subsidies, tax breaks and increment of remunerations, the Ministry said.
The North African country has been engulfed in an economic and financial crisis since the public protests that ended President Mubarak’s regime in 2011.

The International Monetary Fund (IMF) came to its rescue with a $12 billion loan last year and the Central Bank floated the local Egyptian Pound, part of the IMF-imposed conditions. Inflation has since then rose by around 30% and the currency has lost almost half of its value.

“We knew the reforms would put pressure on vulnerable groups and compensating them was always part of the IMF deal,” said Mohamed Abu Basha, EFG Hermes economist. According to the Finance Ministry, $4.17 billion will be earmarked for the “social spending package” in the budget with majority of it destined for monthly food subsidies, which account for more than 50% of the amount.

The Ministry’s declaration came a day after President Sisi announced plans to “ease the burdens of the average Egyptian citizen” at an Iftar ceremony hosted by the Family House organization.

A 140% increase of monthly subsidy cards, increment of state pension payments by 15% for about 9,4 million pensioners, an increase in financial support provided to the Takaful and Karama Program designed for lower income citizens, periodic increases for the civil servants and public employees, tax breaks for certain categories sum up the social package.

Reham El-Dessouki, an economist at Arqam Capital, said the package would help to prevent “the undermining of social and political support for the economic reform program by providing support for low- and middle-income Egyptians in the first year or two of the program.”

Amid the increase in social expenses and the cuts in income, Egypt is hoping to maintain a previously announced budget deficit target of 9.1%.