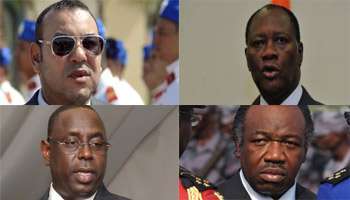 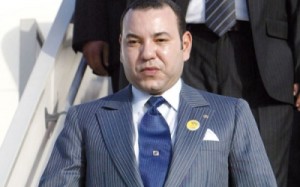 The current African tour undertaken by King Mohammed VI of Morocco is taking place in a particular juncture marked by the war in Mali and the growing activity of Al Qaeda affiliated groups in the Sahel-Sahara strip.
The situation in Mali will thus be a focal issue in the talks the Moroccan King will successively hold with President Macky Sall of Senegal, President Alassane Ouattarra of Cote d’Ivoire and President Ali Bongo Ondimba of Gabon.
Morocco, like the three other West African countries, is deeply concerned by the war in Mali which is in fact a war on terrorism and extremism and has clearly voiced its support to Mali as well as to the political, diplomatic and military efforts made to end the conflict and preserve Mali’s sovereignty and territorial integrity and the whole region’s security.
“The threat and its implications extend beyond the borders of the sister nation Mali to all countries in the region, and the aim is to destabilize them and undermine their unity,” the king had said in one of his speeches. As the problem is a general one, “it calls for a comprehensive solution within the framework of international legitimacy – a solution that builds on resolute, consistent and coherent international efforts and on the use of all means of prevention and support, both from the political and security perspective,” he had underlined.
In December 2012, Morocco, which was holding the rotating chairmanship of the Security Council made great efforts for the adoption of a resolution authorizing the deployment of an African military force in Mali.
Morocco was also the first country to send a humanitarian assistance to the warn-torn country and pledged, at a donors’ conference on Mali in January in Addis Ababa, to contribute $5 million to the financing of the International Mission of Support in Mali under African leadership (MISMA). Also in January, when France decided to intervene in the African country
Morocco hailed this “quick and effective” intervention and decided to open its air space to enable French jets to support the advance of French and Malian troops to Gao, Timbuktu, and Kidal.
Morocco’s support to the unity and sovereignty of African States is nothing new. Since the late fifties and early sixties, Morocco has always backed the independence of African countries and has also always supported the UN initiatives to restore stability in Africa. Moroccan military contingents have thus participated in UN Peacekeeping Operations in Congo in Shaba, Somalia, Angola, DRC and Cote d’Ivoire and Moroccan army experts have taken part in clearing mine fields operations.
Being an advocate of conflicts settlement through dialog, the North African country has never hesitated to contribute to reconciliation efforts and to help reach peaceful solutions to bilateral or regional conflicts, as it did in 2002 when, with the personal involvement of King Mohammed VI, confidence was restored between the three countries of the Mano River region, namely Liberia, Sierra Leone and Guinea.
Besides its peace-building efforts, Morocco also participates in post-conflict pacification and security moves and in the continent’s development endeavours.