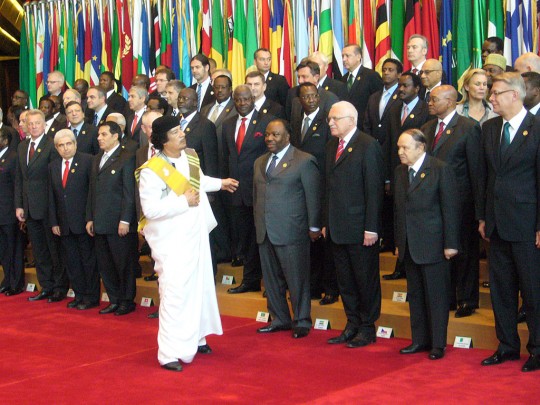 In February 2012, the European Parliament approved proposals to reduce restrictions on agricultural and fisheries exports from Morocco into the EU, and to allow Morocco to participate in EU single market programs (on competitiveness and innovation, customs, transport). A few days later, on 1 March 2012, a free trade area (FTA) in industrial goods was established between the two. 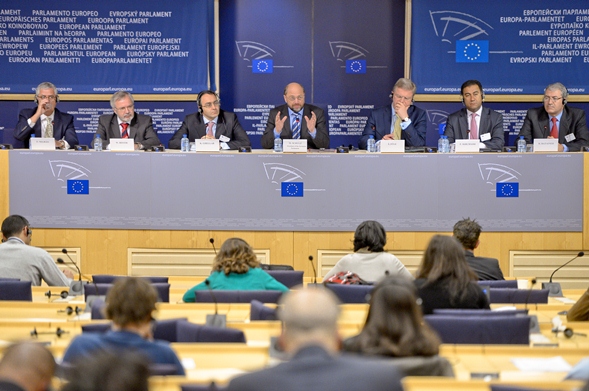 This increased integration was the result of plans set in motion in the mid-1990s, when the EU launched the ‘Barcelona Process’, with the aim of establishing a free trade area in the Mediterranean region, by means of finalizing bilateral association agreements (AA) with each of its Southern Mediterranean neighbors. AAs were signed with all states in the region between 1995 and 2002, and came into force between 1998 and 2006. Morocco’s AA came into force in 2000, and established a timeline for elimination of export tariffs and quotas, a process which was completed in March 2012, resulting in the free trade area in industrial goods.

The AAs are a product of their time. They combine schedules for market liberalization of trade in goods with economic and political cooperation, not least to create the institutional capacity necessary for the implementation of the agreements.

“Political cooperation was also tied to moves towards democracy, respect for human rights, and other normative matters that the EU incorporates in its agreements. However, the world has moved on from then.”

On the one hand, further economic liberalization including services, intellectual property rights and public procurement, via the WTO’s Doha Development Round has failed, leading many states to seek bilateral WTO-plus free trade agreements to implement the failed Doha agenda. The USA has been a frontrunner in this, and since 2006, the EU has followed suit, not least to avoid its firms being at a disadvantage to American ones. From this perspective, the European Union’s Foreign Affairs Council decision of 14 December 2011 to grant the European Commission a negotiation mandate to study and launch negotiations for Deep and Comprehensive Free Trade Agreements (DCFTA) with Morocco, Jordan, Tunisia and Egypt, which would extend current partial free trade areas in goods to incorporate services and public procurement and some regulatory harmonization with the EU, are part of the Union’s broader trade strategy. This strategy seeks to maintain parity with the USA, and other competitors, and to open markets to EU service firms.

From a purely economic perspective, these negotiations will prove challenging. The EU has faced difficult negotiations with partners in Asia and Latin America, given their divergent interests. The cost of adapting to EU regulatory practices, for instance, falls mainly on its partners, while granting its own firms initial advantages, and public procurement decisions are often linked to development policies, making these extremely sensitive issues. Moreover, the relatively high level of openness in the EU market limits its ability to offer concessions to partners. Furthermore, the internal divergence within the EU (economic sectors and their geographical spread), complicate its ability to articulate a ‘single voice’. Thus, for example, the decision to allow improved access to the EU for Moroccan agricultural products was opposed by EU agricultural groups and Southern European states which themselves export the same products.

Beyond the economic aspect, the December decision to proceed with the DCFTAs is steeped in political significance.

“Despite its emphasis on governance, human rights and democratization in the partnership agreements, the EU was to a large extent taken aback by the uprisings in North Africa which started in the spring of 2011 and toppled several regimes in the region.“

While its responses to events were reactive and cautious, the EU’s decision to proceed with DCFTAs can be viewed as a way of strengthening the relationship with its neighbors and their reformed governments. However, civil organization groups have highlighted that governments in the region face far more pressing tasks than negotiating with the EU, not least as decisions regarding internal economic models and development programs could be impinged upon by negotiations.

With this in mind, it seems that Morocco is in the strongest position to negotiate with the EU, given its more gradual reforms, and its already greater integration within the EU market. Moreover, Morocco has also keenly engaged in its own FTA agenda. The EU’s representative in Egypt, for example, admitted that negotiations with Egypt were unlikely to begin for another year, given the tasks of forming a post-election government and normalizing the situation. Given difficulties the EU is experiencing in negotiating deep FTAs with other partners, even some of which are very liberal, like Singapore, it is likely that the DCFTA negotiations will be lengthy processes.

For the EU, it is urgent and geopolitically imperative to achieve stability in its neighborhood and bolster the relationship. The challenge lies in developing constructive and creative avenues for cooperation that satisfies the security and economic needs of both sides of the Mediterranean.  Policy-makers’ continued view of trade and liberalization as synonymous with development, growth and reforms, reflected in the preference for DCFTAs, is increasingly challenged by non-Western actors, a trend the economic and financial crisis in Europe is only likely to exacerbate. In these particular negotiations, imagination, dialogue, flexibility, and a deep consideration of ways of minimizing losses from the agreements, will be crucial in achieving balanced outcomes. Given their geographic proximity and the strategic significance of the Mediterranean, it is in the interest of both sides to strengthen their relationship, but it need not mean a one-way imposition of a particular economic model.

North Africa Post's news desk is composed of journalists and editors, who are constantly working to provide new and accurate stories to NAP readers.
NEWER POSTUnemployment in Morocco … Hard Times for Youth
OLDER POSTTunisia New Airline “Jasmin Airways” has to wait Before Flying