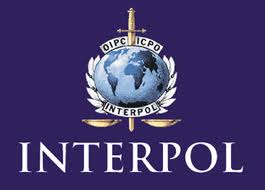 Interpol and the European Union have agreed with Libyan authorities to set up a real-time passport control capacity at Tripoli International Airport to help Libyan government improve border security.
The project, that costs about € 2.2 million, is funded by the EU’s Instrument for Stability. It will enable the Libyan law enforcement and control authorities to have direct access to Interpol databases to identify stolen and lost passports and nab wanted persons including suspected terrorists and international criminals.
Interpol’s database for lost or stolen travel documents (LSTD) contains some 36 million documents shared by 166 countries and is checked up more than 50 million times a month by security agents around the world.
Speaking on this occasion, Interpol Secretary General, Ronald K. Noble, said “Libya’s transition towards security is threatened by transnational organized crime and terrorism”. He also described this initiative as a “significant step forward because it will enhance Libya’s ability to identify and investigate criminal and terrorist activity which can impact the entire region”.
For her part, EU High Representative Catherine Ashton said this Interpol-EU project is “an excellent example of the kind of practical support the EU is offering to Libya. It responds in real time to real needs, it makes available world class expertise and brings tangible benefits to both sides”.
Dubbed RELINC (Rebuilding Libya’s Investigative Capability), this program seeks to reinforce the Libyan Interpol National Central Bureau (NCB) and its network and enhance the criminal analysis capacity of the Criminal Investigation Department within the Ministry of the Interior.
It also aims to upgrade the training of Libyan police and help building a prototype police criminal database to enable the Libyan security officials and law enforcement to efficiently store and share criminal information. Under this Interpol-program, a very important strategic study on the transnational organized crime and terrorist threats in Libya will also be made.

North Africa Post's news desk is composed of journalists and editors, who are constantly working to provide new and accurate stories to NAP readers.
NEWER POSTIsrael: One man’s Loss can be Another’s Gain
OLDER POSTTunisia Seeks to Promote Oil production