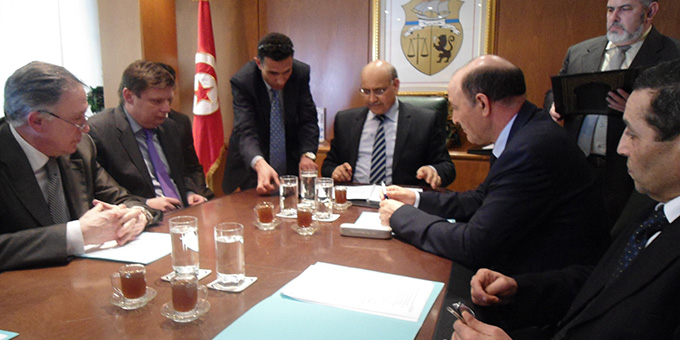 Tunisian authorities have awarded an oil exploration permit to Ukraine’s YNG Exploration Limited.
The permit authorizes the Ukrainian firm to begin explorations in the 988 KM² Araifa site in Tatounie, southern Tunisia.
The firm will conduct seismic exploration and proceed to the drilling of two test wells over a five-year period at an estimated cost of $21 million.
Under the related agreement between YNG Exploration Limited and the Tunisian Enterprise for Petroleum Activities (ETAP), the Ukrainian firm will finance the exploration phase which is yet to be slated. However, the Tunisian enterprise reserves the right to participate in the exploitation of the site if the exploration findings turn out to be positive. The Tunisian side has the option to control up to 50 percent of the project.
Tunisia is among the countries in North Africa to possess hydrocarbon resources but they are very limited when compared to Libya and Algeria. The country has launched studies on ways of increasing the country’s energy production, notably by exploiting potential shale gas deposits.
Investors are however still hesitant to venture into the country due to the prevailing instability.
CATEGORIES BusinessEnergyFeaturesHeadlinesTunisia
Share This