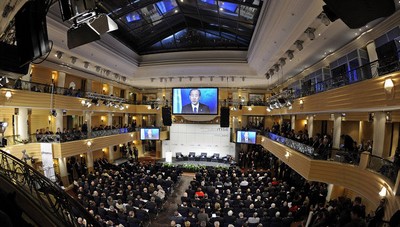 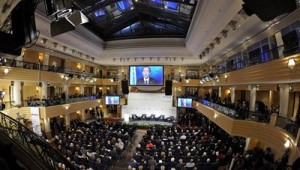 In 1991, shortly after the Berlin Wall came down and the Cold War had ended, Tom Petty and the Heartbreakers released their 8th album called “Into the Great Wide Open”. The album included a song by that very title and in it, Tom Petty and Jeff Lynne had penned the following line: “Out in the great wide open/a rebel without a clue.” The song encapsulated the historical period that was about to begin and its heading was by no means certain. Well in its third year, the Arab Spring is still sending shock-waves through the Middle East and, yet, the situation is reminiscent of the uncertainty that accompanied the end of the Cold War. This is hardly noteworthy since no revolutionary change was ever absorbed completely within a few months, and given the monumental reactionary forces that the Arab Spring needs to overcome, anything else would be a surprise.

One might consider the French revolution for a moment, which led to major wars within Europe and came to a close only with the Congress of Vienna in 1815. And even though the status quo ante was restored at that conference, the French revolution is still referred to as the most important watershed event, ushering in the period that historians still refer to as modern history. The last major changes in the Middle East can all be dated, as the historian David Lesch has so memorably done, to the year 1979, which saw the revolution in Iran, the Soviet invasion of Afghanistan and the Grand Mosque seizure in Saudi Arabia. More than any Arab-Israeli confrontation, the events of 1979 created the Middle East as it had been until the Arab Spring began to blossom. The events of that year led to the Saudi-government financed rise of Wahhabism and the creation of terrorist organisations in its wake, Iran turning into a state sponsor of terrorism and the first fatal war in Afghanistan that would usher in the demise of the Soviet Union, while at the same time demonstrating where the front-lines of the post-Cold War era would eventually be drawn.

Expecting the fallout of the Arab Spring to give clear indications of its future direction by now would be hopelessly naïve and utterly foolish. Yet, against a background of increasingly pessimistic voices, it might be worthwhile to focus on the most persisting challenges and, since the world leaders just met in Munich, one might even be able to hear one or two historical notes.

First, there is Syria. The little news that this year’s Munich Security Conference did produce was that the Syrian opposition’s leadership is ready to enter into some sort of talks with the Assad-regime. Though it is doubtful that the Syrian opposition supports the bid to open negotiations in its entirety, the move might be designed to increase political pressure on the regime by demonstrating that the last and in all probability final thing Assad will be doing is to open a dialogue. Shortly after the Munich Security Conference came to a close, the Syrian author Fawwaz Haddad used an entire page in the Frankfurter Allgemeine to describe in great detail not only the continuing suffering of the Syrian people, but also how the West’s indecision towards a possible intervention in Syria opened the opposition to jihadist fighters. It is their presence, of course, that is now being used as an excuse not to intervene. Meanwhile, the Syrian regime still has done anything but respond to the bid, demonstrating once and for all two things: That Bashar al-Assad is in control of his regime and that he is intent on leaving office the same way Nicolae Ceauşescu did in Romania in 1989.

Second, Iran remains the most pressing concern. Its recent announcement that it is stepping up its enrichment activities and its apparent strides towards building long-range missiles will do nothing to alleviate international concerns over its nuclear ambitions. Its continuing support for the Assad-regime is a constant reminder that there already is outside intervention in the Syrian conflict. Moreover, the very fact that this intervention is coming down on Assad’s side and its continuing violation of the sanctions regime against Hezbollah, both demonstrate that Tehran’s constant violations of international sanctions regimes is not going away easily.

Against that background, it was noted with some relief that Iran was prepared to enter another round of negotiations with the P5+1. At the same time, Vice-President Biden was signalling that the United States were ready to open direct negotiations with Tehran. Yet, against such positive notes, the first week of February brought a sobering reminder that the man in charge in Tehran is still the revolutionary leader, Ali Khamenei. He swiftly rejected any idea of talks and proclaimed, once again, that Iran was moving forward with its nuclear ambitions. How satisfying it would be if the Iranians were to bring the Arab Spring to its peak by ousting the regime that captured their revolution during the last period of revolutionary upheaval in 1979. When Tom Petty penned the lines of his song, he added the following “Into the great wide open/Under them skies of blue.” His song was not about the lack of clues, but about embracing the contingency of history. And the Arab Spring is a powerful reminder that history rarely ever goes into one direction only.

North Africa Post's news desk is composed of journalists and editors, who are constantly working to provide new and accurate stories to NAP readers.
NEWER POSTCould Human Rights Promotion Have Spared the Arab World all that Turmoil?
OLDER POSTLibyan Investment Authority in Crisis