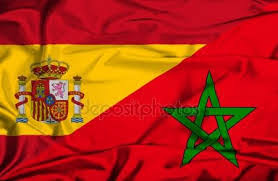 Moroccan Foreign Minister, Nasser Bourita, commended Spain for the “constructive” role it plays in the Sahara issue through seeking a political solution to the conflict.

The Moroccan top diplomat told a news conference in Rabat following talks Wednesday with his visiting Spanish counterpart, Alfonso Dastis, that the Sahara issue was discussed at this meeting in light of the latest resolution of the UN Security Council and the constructive role played by Spain, as a member of the group of friends of the Sahara, in the elaboration and defense of this resolution.

He said the Moroccan autonomy plan is the only initiative on the table for a settlement of the Sahara issue. “Unfortunately, the political process outline did not allow that this initiative, which was deemed serious and credible by the Security Council, be discussed and explained within the framework of the political process,” he noted.

This is why Morocco insists that participants in the process should include the genuine stakeholders so that the process can yield fruit, he said.

The process scheme followed so far did not produce any results, not because what is on the table is not attractive, but because those around the table are not the real stakeholders, Bourita pointed out.

Talks with the Spanish minister also focused on regional issues, including the situation in Libya, and the two countries’ partnership in Africa and Latin America, he said.

In this connection, Alfonso Dastis said “Morocco can rely on Spain as a partner and friend inside the EU” and that Spain will support Morocco maintain its special relationship with the EU.

The Spanish Foreign Minister also said, at a meeting with Head of the Government Saad Eddine El Othmani, that relations between the two countries are marked by cooperation and mutual respect.

He hailed the political and security stability prevailing in Morocco, as well as the economic development that makes the Kingdom an important economic partner for Spain, a statement by the Department of the Head of Government said, adding that the two men praised the historical, political, economic and cultural ties binding the two Kingdoms.