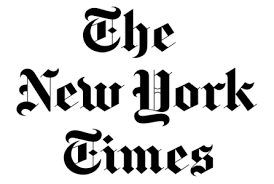 David D. Kirkpatrick, 48, New York Times reports was held incommunicado for hours at Cairo international airport on Monday night upon his arrival. The former bureau chief (2011-2015) of the US media also spent the night without food or water and was quickly put on an EgyptAir’s flight Tuesday morning to London where he lives.

Egyptian authorities did not provide explanation for Kirkpatrick’s expulsion but the US-based media notes its former staff is author of a book on Egypt, “Into the Hands of the Soldiers.” The piece reportedly irked Egyptian authorities.

Sending back the veteran journalist underlines Egypt’s reputation as a hostile country for freedom of press and speech as expressed by international free press watchdogs.

The North African country featured in 2018 among the narrow group of jailers of journalists, in addition to Turkey and China, according to the New York-based Committee to Protect Journalists.

Those locked up include Mohamed Ibrahim, a blogger known as “Oxygen,” allegedly charged for covering election irregularities and police abuse.

Egyptian authorities also last month pressed one year in prison against a TV anchor for having interviewed a gay man.
The most prominent journalist in prison cells in the Arab country is photojournalist, Mahmoud Abou Zeid, known as Shawkan, still held for unclear reasons though he has already served his five-year sentence.

Egypt’s crackdown on press also targeted international media. In March last year, Egyptian officials expelled Bel Trew, a journalist with the Times of London, and made her board a flight to London, New York Times reports.

The Egyptian regime’s treatment of the press has been emboldened by the relative silence of western powers including the US, which views President al-Sisi as key partner in the Middle East in the fight against terrorism.

The US embassy in Cairo however said it raised with Egyptian authorities the issue of David D. Kirkpatrick’s entry denial.

“We’re concerned about reports of the unexplained refusal of entry to Egypt of a US citizen and New York Times journalist. We have raised our concerns with Egyptian officials,” said Sam Werberg, a spokesman for the embassy.