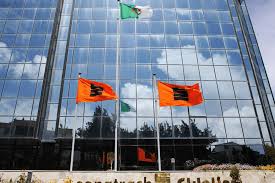 According to a document published on the Premier’s website, the country’s general policy will focus on oil and gas exploration, power generation and renewable energy.

Algeria has seen a 13% decrease in oil production recently, due to upgrade works across a number of ageing fields, according to the document.

The state-run oil company Sonatrach has ambitious exploration goals and hopes to double its current discovery figures in just over ten years.

Africa’s leading natural gas producer, Algeria exports more than 80% of its gas to Europe and ranks among the top three oil producers in the region with the third-largest oil reserves in Africa.

Despite these statistics, oil and natural gas production has declined in recent years. Adding to this decline, infrastructure projects have been repeatedly delayed and foreign investors have steered away from the country.

Algeria’s current hydrocarbon law and its fiscal terms have become an obstacle to partnering with international oil companies. A new oil and gas code is currently under preparation and will increase the hydrocarbon sector’s attractiveness.

The energy sector policy is just one component of Prime Minister Ouyahia’s plan, which also includes reinforcement of a number of strategic sectors such as industry, agriculture and tourism as well as key infrastructure development.