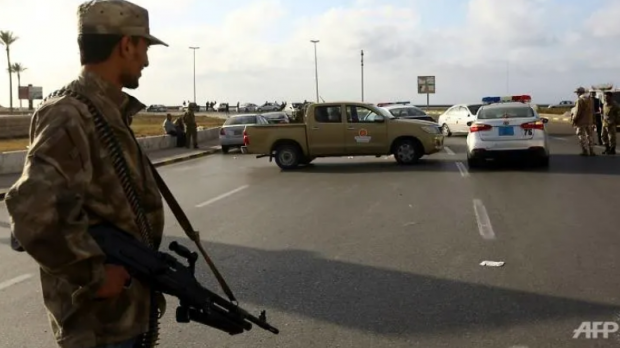 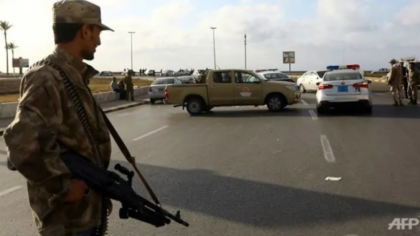 Tunisia Sunday said its 14 citizens held hostage in neighboring Libya have been freed following the intervention of Libyan authorities.

The Tunisian foreign ministry expressed satisfaction at the release of the fourteen Tunisian workers, kidnapped on February 14 by a Libyan armed militia in Zaouia.

The kidnappers had claimed the release of a Libyan detainee involved in a common law case in Tunisia.

The Foreign Ministry specified, in a statement released Sunday night, that contacts had been made with the released Tunisian workers to check on their health condition.

Foreign Minister Khemaies Jhinaoui voiced satisfaction in a phone conversation with his Libyan counterpart Mohamed Tahar Siala at the release of the Tunisian nationals and thanked the Libyan authorities and the Government of National Accord for their commitment to closely monitor this case and exert the necessary efforts to ensure the safety and release of the kidnapped Tunisian workers, the statement said, as reported by the Tunisian news agency TAP.

Fourteen Tunisian nationals working in Libya’s oil industry in the town of Zawiva were kidnapped by a group of unidentified armed men on February 14 while they were on a bus heading to work.

They later on posted a video on social media calling the Tunisian government to intervene for their release in exchange of the liberation of a Libyan prisoner in Tunisia.

The man was identified by the media as Kamal al-Lafi al-Hijaoui, who had been sentenced to 20 months in prison on drug-related charges.

Zawiva is held by armed groups loyal to the UN-backed Government of National Accord (GNA) based in Tripoli.

North Africa Post's news desk is composed of journalists and editors, who are constantly working to provide new and accurate stories to NAP readers.
NEWER POSTGhana’s oil production to go up to 420,000 barrels by 2023
OLDER POSTAFCON 2019: Six stadiums to host matches