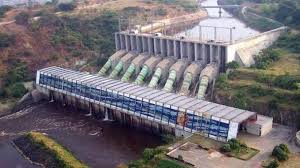 South Africa plans to double the amount of energy it will buy from the Inga III dam, under construction in the Democratic Republic of Congo, Bloomberg reported.

South Africa committed to purchase 2,500 megawatts from the dam, known as Inga III, in a 2013 treaty between the two countries. South African Energy Minister Jeff Radebe has notified the Congolese authorities of his government’s willingness to increase the amount it will purchase, according to Bloomberg.

South Africa’s parliamentary energy committee in November cast doubt on the wisdom of the country relying on the Congolese project. It recommended that alternatives be found to replace the 2,500 megawatts.

DRC, Africa’s biggest copper producer and the world’s largest source of cobalt, has been considering building Inga III dam for more than a decade to address a power shortage that has curbed mining-industry growth.

The plant would form part of a larger Grand Inga hydropower complex spanning part of the Congo River and produce as much as 50,000 megawatts when completed, according to the World Bank.

The project is worth $14 billion, with an additional cost of $4 billion for power transmission.

North Africa Post's news desk is composed of journalists and editors, who are constantly working to provide new and accurate stories to NAP readers.
NEWER POSTGhana: oil giant Total on track to lead in renewables
OLDER POSTCommute made easier for Casablanca inhabitants with second tramline