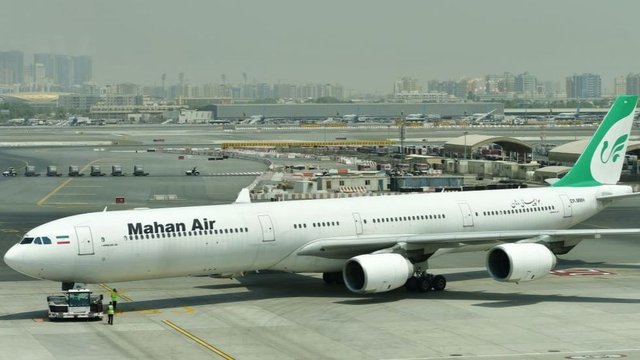 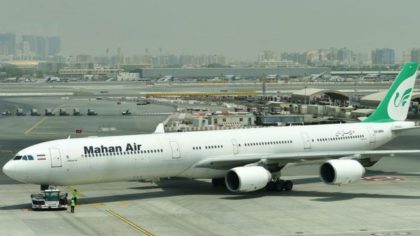 The Iranian airline received notification from the Federal Aviation Office (LBA) “ordering the immediate suspension of its authorization to operate passenger flights from and to Germany” as of Monday –Jan.21), a spokeswoman for the ministry told reporters at a press conference.

The German foreign ministry’s spokesman Christofer Burger on his part said at a press conference that the call for suspension is in the scope of protecting Germany’s “foreign and security policy interests”, The New Arab reports.

The Teheran-based airline operates four services a week between Tehran and the German cities of Duesseldorf and Munich.

The US ambassador to Germany Richard Grenell, a close ally of President Donald Trump, welcomed the move noting that the airline has been used by the Iranian regime to support terrorist groups aligned with Tehran.

“Mahan Air has flown terrorists, weapons, equipment, and funds to international locations to support Iranian terrorist proxy groups,” the US diplomat said in a statement, adding that it had been used “to support the Assad regime in Syria”.

Grenell since arriving in Germany last year has been very critical of the EU’s handling of Iran. The Islamic regime is facing tough economic sanctions from the Trump administration after President Trump tore in May the nuclear agreement between Iran and world powers.

Mahan has been banned in the US since 2011 for “providing technical and material support to an elite unit of Iran’s Revolutionary Guards known as the Quds Force.”

Germany and Iran have fallen out over Tehran’s alleged destabilizing activities in the EU bloc seeking to muzzle critics.

“But we have always said that destabilizing activity by Iran in the (Middle East) region as well as Iran’s ballistic missile program are unacceptable,” the German foreign ministry’s spokesman said.

“On top of that, there are recent indications regarding the activities of Iran’s secret services within EU states.”