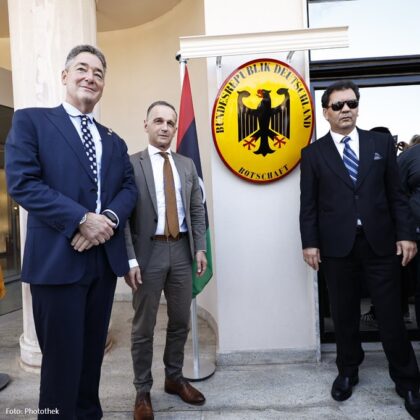 Germany Thursday reopened its embassy in Libya after seven years of closure as the European country aims to increase diplomatic presence in the war-torn African country set on a path of December elections and reconstruction.

“Today, we want to show with the reopening that Germany is and will remain a committed partner of Libya,” said German Foreign MMinister Heiko Maas in the Libyan capital, Tripoli.

“We want to have a voice [here] again.” Given that there is now a national unity government, the oil blockade has been ended and the weapons have mostly been silenced, Maas said, adding that “Libya needs continued international engagement to achieve progress for all people.”

Like most countries, Germany pulled out its diplomatic staff in 2014 because of security concern. A dozen other countries including Italy, Spain, France and the US have reopened their various embassies in the oil-rich country.

Libya regained some frail stability early this year after the establishment of a unity government following months of UN-brokered dialogue between various delegates chosen from the country’s different tribes.

The National Unity Government is tasked with the organization of general elections on December 24.