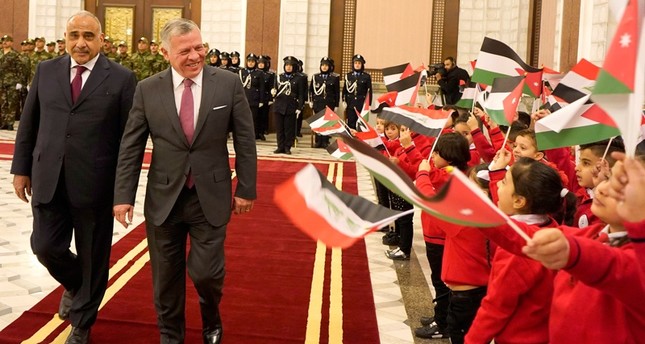 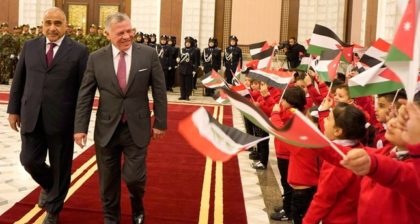 Jordanian monarch Abdullah II Monday paid a historic visit to Baghdad after nearly 11 years in a move that heralds Iraq’s return to the international in the wake of the Islamic State group (ISIS) defeat in 2017.
King Abdullah II, AFP reports met with President Barham Saleh in Baghdad including Prime Minister Adel Abdel Mahdi. The king last visit to the neighbor dated back to 2008 – making him the first world leader to visit Iraq after the removal and the killing of Saddam Hussein following the 2003 US invasion.
The visit follow that Saleh in November last year, the agency reports.
The oil rich country has witnessed a flurry of visits of top officials from the region and around the world. US President Donald Trump set the tone with an unannounced visit last month during which he met with US troops. His Secretary of State Mike Pompeo also made a surprising stopover last week he embarked on a regional tour.
Baghdad also received Iran’s oil minister then top diplomat Mohammed Javad Zarif made the trip on Sunday.
French Foreign Minister Jean-Yves Le Drian also arrived on Monday and met with Iraqi premier Adel Abdel-Mahdi, AFP reports.
All visits occurred post the defeat on ISIS. Baghdad claimed in December 2017 victory over the terror group after 3 years of fierce battle.
Jordan and Iraq also discussing several issues including construction of a 1,700-kilometer pipeline linking Iraq’s oil-rich Basra province to Jordan’s Aqaba port. Iraq is also seeking to import around 300 megawatts of electricity from Jordan as it looks to diversity its critical energy sources.
The U.S. as strong ally has demanded to Iraq to stop buying energy from Iran which has been supplying the maximum electricity for Iraqi households and necessary gas required to run Iraqi power plants.